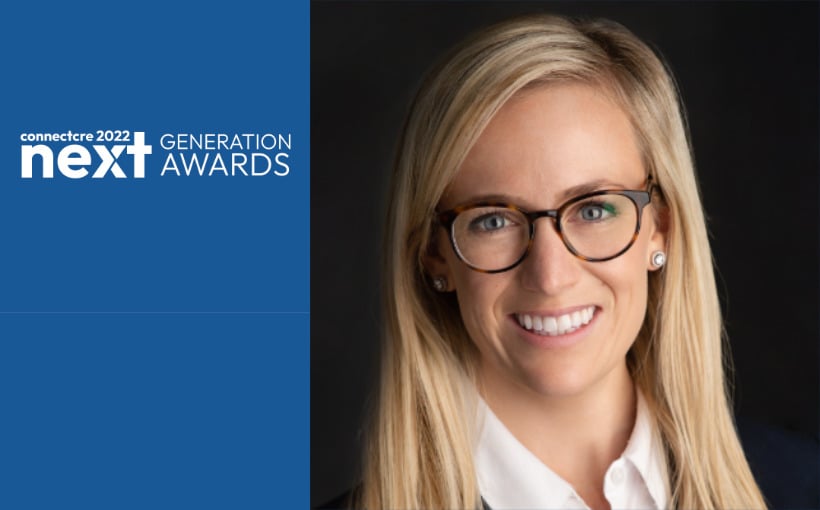 Morgan Baer Blaska was recently promoted to her current role as Trammell Crow Co.’s Vice President for the Midwest Operations due to her leadership and dedication. She is responsible for supporting new business development, due diligence, financial oversight, and project management across TCC’s Midwest development portfolio. The particular focus is on industrial, life science, and office developments in the Chicago region.

During her first year at TCC, Baer Blaska led three projects totaling 7.5 million square feet in the Midwest on behalf of a TCC programmatic partner. She successfully secured land control, partnered with the local municipalities, and gained all necessary approvals to construct these facilities. At the same time, she engaged with the community, hosting development office hours, providing project transparency and bringing supportive partners.

In 2021, Baer Blaska played a pivotal role on the Chicago development of Chicago’s Fulton Labs, consisting of two buildings totaling 750,000 square feet, and located in Fulton Market. She is focused on underwriting, marketing, leasing and operations activities for the purpose-built science, R&D and office space. Baer Blaska has also been the Chicago representative on TCC’s Life Science Task Force, sharing best-in-class knowledge on design and construction.

Baer Blaska is a member of the NAIOP Chicago Chapter’s Developing Leaders Board and leads TCC’s on-campus recruiting for Stanford’s Graduate School of Business, her alma mater. She also serves on TCC’s Women’s Network Board.

These are just a few reasons we chose Baer Blaska as one of Chicago/Midwest’s 2022 Next Generation Award winners. Connect Media’s sixth annual Next Generation Awards recognize young leaders in the commercial real estate industry who are likely to be influential for years to come.