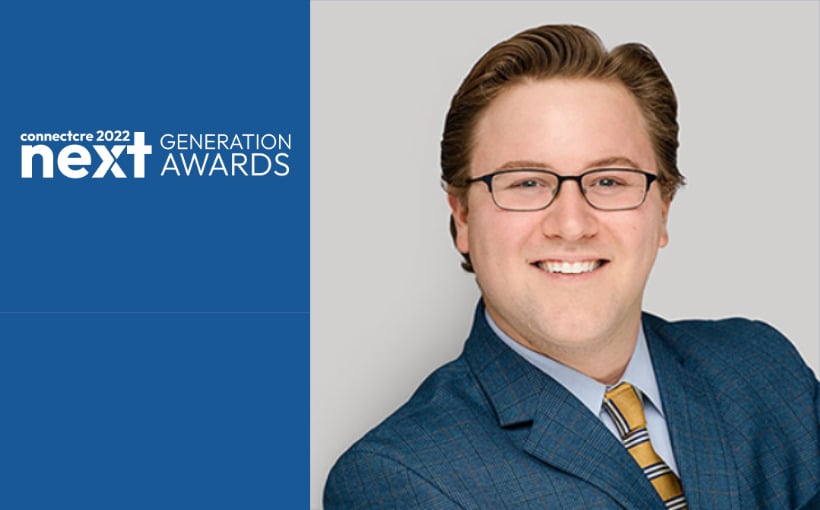 He started 2022 with a flurry of deals, closing approximately $200 million in transactions. In 2021, he closed 19 loans totaling approximately $387 million. One transaction was a $20.9-million proprietary bridge loan that allowed Inman Equities to acquire and renovate Lakeshore at East Mil Apartments, a 151-unit garden-style community in Orlando, FL. He also represented Inman Equities in a $25.5-million proprietary bridge loan to facilitate the acquisition and renovation of Canopy Creek Apartments, a 288-unit multifamily community in Jacksonville, FL.

Palmedo is an avid member of the multifamily industry because it affords him the opportunity to provide those in impoverished situations with something he never had as a child: A home. Raised in a low-income setting, Palmedo’s parents divorced when he was six years old and weren’t around while he grew up. When he was 15, his grandmother (his caregiver) passed away from cancer. Following her death, he experienced true homelessness, living in six different housing units until attending college.

A homeowner today, Palmedo believes that providing the best financing available in the marketplace can lead to a positive impact on the home life of tenants in communities that Lument finances. He also believes that if, through his efforts, he has a positive impact on just one child living in an impoverished community in an apartment complex he financed, his professional career will be worth it.

These are just a few reasons we chose Palmedo as one of Atlanta/Southeast’s 2022 Next Generation Award winners. Connect Media’s sixth annual Next Generation Awards recognize young leaders in the commercial real estate industry who are likely to be influential for years to come.