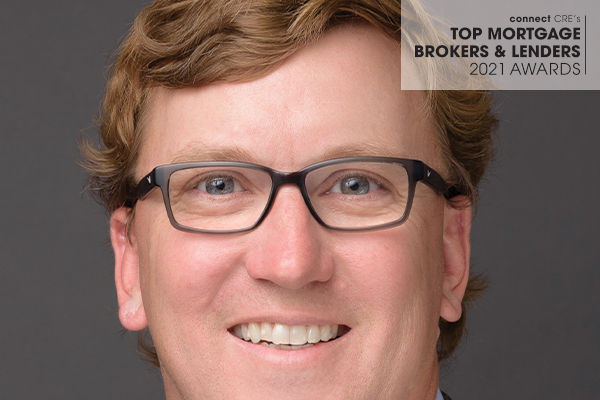 Travis at the Lake and Ridge at Headwaters were contingent upon the Regency Park deal (source of the 1031 funds), Suburban Homes was unwilling to part with Regency Park until they found a suitable replacement property.

Tapping into Jones’ market insight, Greer learned that the owners of Travis at the Lake would consider a sale during lease-up.

This was a testament to Greer and Jones’ teamwork, and in large part due to Jones’ tenacity and relationships to help get the transactions completed successfully.

Greer and Patton Jones, vice chairman of the Central Texas Investment Sales team, partnered up on one of the largest multifamily transactions of 2020, the sale of Regency Park Apartments in South Austin.  A Florida-based client, Suburban Homes, went under contract to one of the largest owners of multifamily in the country in early March 2020, just prior to the pandemic-related lockdown of the country. All parties rolled with the punches and had a successful closing in mid-August, which was financed by a $62.5 million loan originated by Newmark through Freddie Mac. Greer and Jones then placed Suburban Homes into a like-kind exchange (1031) for Travis at the Lake, which was financed with a $52.3 million loan originated by Newmark through Fannie Mae. Greer then rounded out the 1031 by financing Ridge at Headwaters, a $22.6 million loan also originated through Fannie Mae.

Though many deals throughout Central Texas were transacted in October-December 2020, these transactions completed in the early fall were critical in demonstrating to the market that multifamily acquisitions were still happening in the face of the pandemic. The deals were cumulatively among the first and most significant to get done in Austin after the onset of COVID-19.

These are some of the reasons we selected Greer for inclusion in our first-ever Top Mortgage Brokers and Lenders Awards. These awards recognize industry professionals who have demonstrated the highest standards in commercial real estate finance. 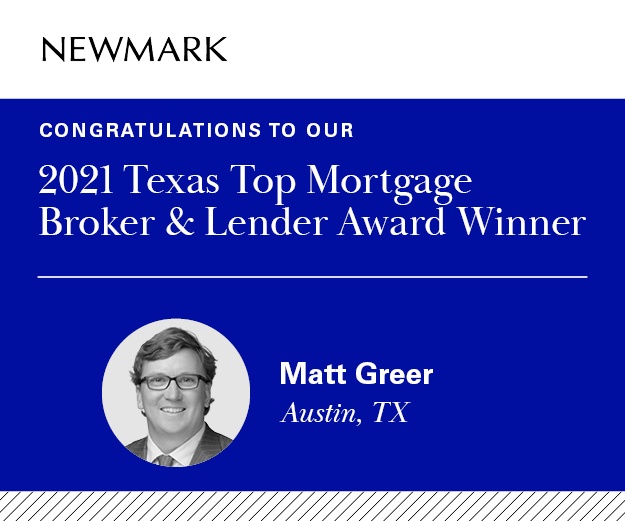