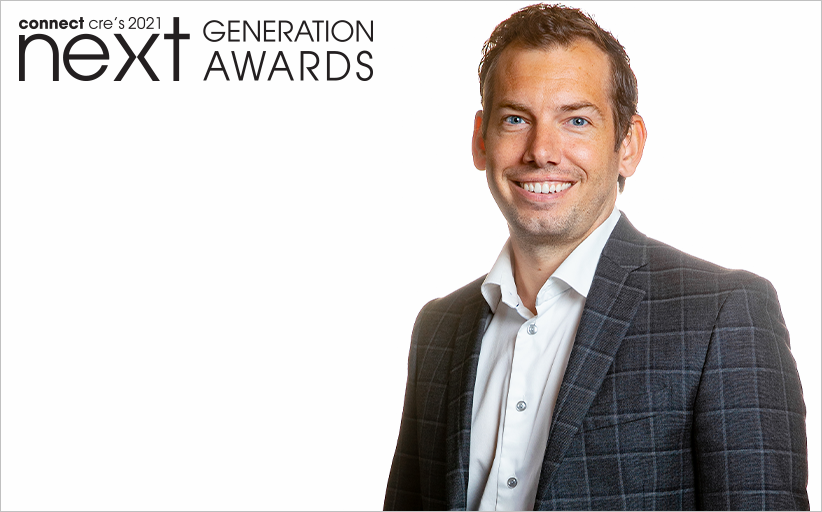 Buescher is an extremely approachable, relationship-oriented individual whose greatest goal is success for the team.

He believes it very important to ensure that all stakeholders are on the same page for any given project. If his construction counterpoint doesn't understand why he wants to add a certain feature to a property, he takes the time to articulate why.

Another of Buescher's more impressive qualities is his attention to detail.

Derek Buescher has a diverse skillset that extends beyond the typical abilities of a development manager. He has a talent for identifying economic and industry trends, which has led to some major development accomplishments over the past few years.
At Airport 40, a two-building 320,700-square-foot speculative industrial development in Phoenix, Buescher was tasked with forming a site that was large enough to accommodate a development of this size. This was no easy undertaking in the fully built-out Sky Harbor Airport submarket so to achieve this, he worked with three different property owners to assemble 19 parcels of land. While this was a complex deal with many moving pieces, Buescher and his team were able to successfully acquire the land that they needed for Airport 40. The development’s location and size made it unique and highly desirable, resulting in one of world’s largest e-commerce retailers leasing both buildings within four months of breaking ground.
Another of Buescher’s more impressive qualities is his attention to detail. Rather than just looking at the big picture of projects from the perspective of the developer, he considers the user and what they would like incorporated into the space, right down to the smallest details. He is then willing to go the extra mile to make sure these things are implemented.
This trait is exemplified in another one of Derek’s recently completed developments, the Lotus Project in Chandler. The four-building 299,982-square-foot speculative industrial development seeks to reimagine the concept of traditionally simple, bare bones buildings. No detail was overlooked, and the project contains features and amenities to attract new companies to a place for innovation and creation. The property has a unified campus environment with common design features that link the buildings and open space areas with inspiring themes of innovation, creativity and vitality. As a result, the development was 50 percent leased prior to completion and was recently sold to an investment advisor at 96 percent leased. Buescher and his team are now underway with Phase II of the development. 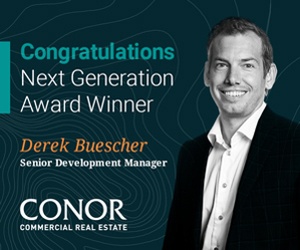