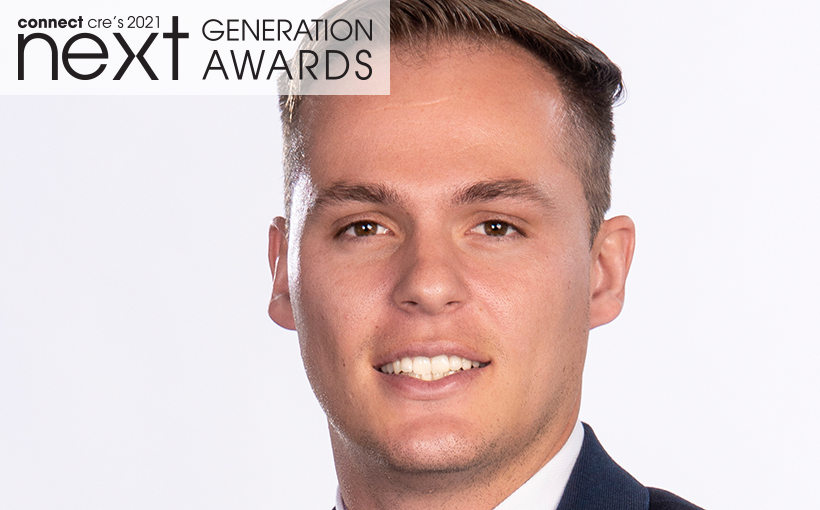 The managing partners at ABI Multifamily say Hammond embodies the kind of broker they strive to have at the company, in his performance, attitude, team mentality and willingness to learn.

The other thing that is really telling is the fact that Hammond has done deals with every one of the other brokers in the Phoenix office. They trust him and have confidence in him.

Hammond does such a tremendous amount of business, much of it repeat business. That means he's doing things right and his future is bright.

Dallin Hammond is a rising star at ABI Multifamily. He got his real estate license in April 2018, and from day one, has shown his willingness to work hard and set an example for the team. Hammond has become the de facto leader among the company’s newer brokers. And although he doesn’t force his leadership role, it comes naturally to him. He mentors his fellow brokers through his actions, and by showing them there is always a new way to get something done. He never misses an opportunity to help his team.
Although Hammond has learned a lot in his first few years of brokerage, he is always willing to listen to advice, understanding that there is always more to learn. He is methodical, hardworking, and focused — and both bold and humble. Hammond is comfortable in his own skin and knows what he is doing, but he’s not so overconfident that he misses opportunities to learn from the senior members of the team.
He has seen opportunities that others have missed by fully embracing the sale of some of the smallest multifamily product (duplexes, fourplexes, triplexes) that some shun. He embraced that business, bringing a level of professionalism that has resulted in long-term business. Those clients are now buying 30, 40, and 50-unit buildings from him. Because he worked for them at the beginning and did a great job for them, he earned their loyalty. There is a lot of value in building loyalty when clients are getting started. Hammond has learned that patience can be painful, but at times it’s a necessity in life. He has embraced the philosophy that he is in it for the long run. He saw an opportunity to get into the small multifamily business, and grow with his clients. Now, he still works on smaller properties, but he has built his business to include deals that are over $10 million.