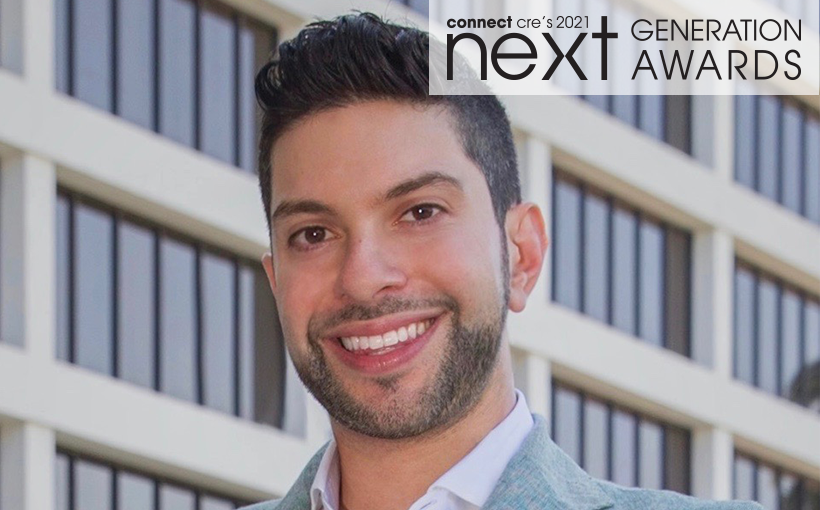 Aftalion has demonstrated a leadership role in the industry by shaping development and entitlement strategies that leverage technology, address the region's density issues and contribute to a sustainable environment.

Aftalion is distinguished by always seeking development approaches that will capitalize on the new ways people live, work and play in Los Angeles.

As an emerging leader, Aftalion has been tremendously innovative in devising new ways to manage parking and automobile use, and by anticipating trends that will impact the built environment for a better future.

As chief development officer of Markwood, a private real estate investment, development and management firm with assets across key markets in California and New York, Simon Aftalion brings a vibrant, creative and determined perspective that has become critical to the company’s growth and success. He has rapidly garnered a regional reputation as an innovative development strategist who creates enhanced value for investors by positioning under-the-radar properties for long-term growth in a way that promotes sustainability and aligns with the city’s emerging lifestyle patterns.
Aftalion came to Markwood seven years ago and was tasked with elevating a small, emerging investment company by creating and implementing a development arm. He immediately set about successfully proving his ability to expand revenue streams and build out tenant mixes, and quickly worked his way up to an executive role. As CDO, Aftalion oversees all development projects, manages design and construction, and supervises both the firm’s internal team and outside consultants.
Working closely with Markwood’s CEO David Wright, Aftalion has developed and executed new initiatives for the firm that have added millions of dollars in value to existing assets, created revenue streams, and endowed Markwood with a successful development arm and an elevated profile. He has demonstrated a valuable capacity for anticipating tomorrow’s lifestyle trends, devising novel and forward-looking parking strategies, and promoting sustainability. Aftalion played a key role in determining and overseeing Markwood’s inclusion of automated parking systems in new developments to mitigate density issues as well ensuring other additions such as electronic vehicle charging stations, green rooftops, terraces, planters, storm water retention systems and filtration systems into his design scenarios.
An emerging thought-leader in the space, Aftalion continues to offer his insight on development, land and property acquisition, entitlements, risk assessment, and the design process with leading industry executives and media outlets including US News & World Report, Multi-Housing News and more. He has also been sought after to impart his expertise as a moderator for a multitude of panels and webinars on topics from multifamily innovations, to parking and technology.
Currently, Aftalion is preparing for the forthcoming 2021 groundbreaking of one of his development projects, a 45,500-square-foot mixed-use project at 11701 Santa Monica Boulevard. Aftalion’s creative plan for the project spawned four potential revenue streams through a complex entitlement process that nearly doubled density to 51 units. Conservative approaches would have limited this locked and challenged location to retail use only, because a standard multifamily plan would have demanded up to five underground levels, which would not have been financially feasible. Aftalion’s innovative, automated parking strategy packs in density within a highly reduced footprint, with parking bays obviating the need for tenants and visitors to use stairways or elevators. As the Metro system expands in the next decade, unutilized bays will morph into revenue-producing storage pallets.
Aftalion’s creative skills are also represented at two R-4 zoned properties, the 14-unit Dunsmuir Row in the Mid-Wilshire submarket whose groundbreaking is anticipated to take place in spring 2021, and the recently completed 13-unit Elmwood Row in Larchmont Village. Aftalion’s artful entitlement work caught the eye of investors by allowing density to double through the implementation of an advanced Tetris-style puzzle-shift semi-automated parking system.
Additionally, Aftalion is spearheading the redevelopment of Markwood’s historic May Company parking garage site in downtown Los Angeles. His vision for the site reflects the historic core neighborhood’s continued evolution towards becoming the epicenter of a world-class downtown. Aftalion has demonstrated a commitment to preserving the building’s history while looking to the future and is working on plans to restore the site to its former grandeur by maintaining its use as a parking garage, while also bringing the property up to par with the needs of the city’s bustling neighborhood with the addition of retail, creative office and more.
Whether it’s working with the city to win entitlement changes, finding ways to maximize density, multiplying revenue streams, devising creative parking solutions, boosting sustainability, or capitalizing upon tenant and business trends, Aftalion’s foresight and leadership have cemented Markwood’s pathway to long-term success.
Outside his role at Markwood, Aftalion joined other young professionals to launch a new branch of a local nonprofit for people with special needs. As a founding board member of Looking Beyond NextGen, he actively works to support the organization’s year-round programming. Additionally, Aftalion currently serves on the Housing, Land Use & Development Committee for the Central City Association of Los Angeles and holds memberships with ULI’s Regional Land Use Leadership Institute and NAIOP’s National Multi-Housing Council.