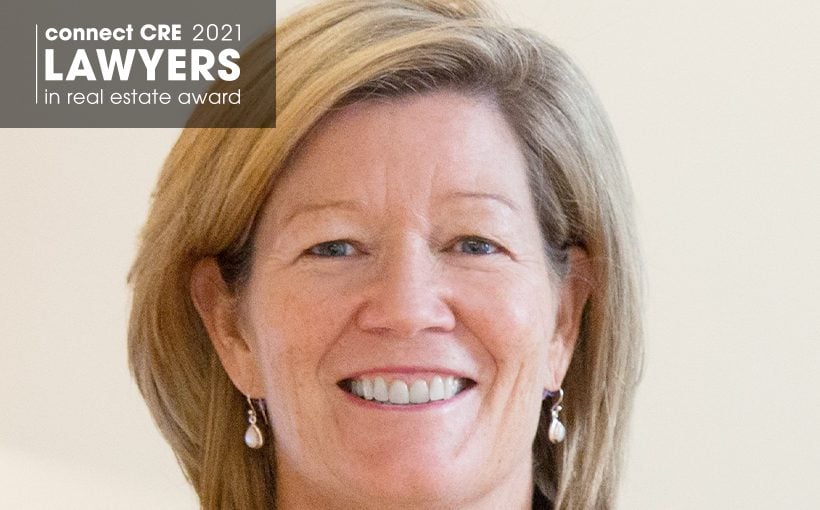 Has booked more than $1 billion in deals since early 2020

Serves on board of directors of Habitat for Humanity, New York City and Westchester County

For many real estate lawyers, the pandemic hit business hard. But Christine McGuinness, leader of Schiff Hardin’s Real Estate Group and a member of the firm’s eight-person executive committee, had one of the busiest and most lucrative periods of her 30-year career. In total, McGuiness booked more than $1 billion in deals since early 2020.

Equally notable is McGuinness’ history in New York City’s charitable community. Currently, she serves on the board of directors of Habitat for Humanity, New York City and Westchester County after having served as the board’s chair from 2008-2015. Her pro bono activities include representing the Leviticus Fund, a non-profit fund provides financing for the development of housing and day care centers for low-income and vulnerable populations; representing the Disability Opportunity Fund, a non-profit fund that supports projects designed to provide housing and jobs to the disabled population; and representing Habitat’s CDFI in loans to housing corporations in need of capital.

These are some of the reasons that we named McGuinness to our New York & Tri-State grouping of Lawyers in Real Estate. These are real estate attorneys who have distinguished themselves in both their practice and the larger community.

Having opened Schiff Hardin’s New York City office in 2002 with just four attorneys, McGuinness has piloted the firm’s Big Apple growth to its current total of 41 lawyers in an impressive new office space. Throughout the pandemic, she has remained approachable and accessible to her colleagues, even while working remotely. For attorneys and staff participating in the firm’s Women’s Networking Group, she has spearheaded a series of clinics throughout the pandemic to encourage camaraderie, networking and skill-building. Chris remains active in the firm’s diversity committee, having previously been the co-chair.