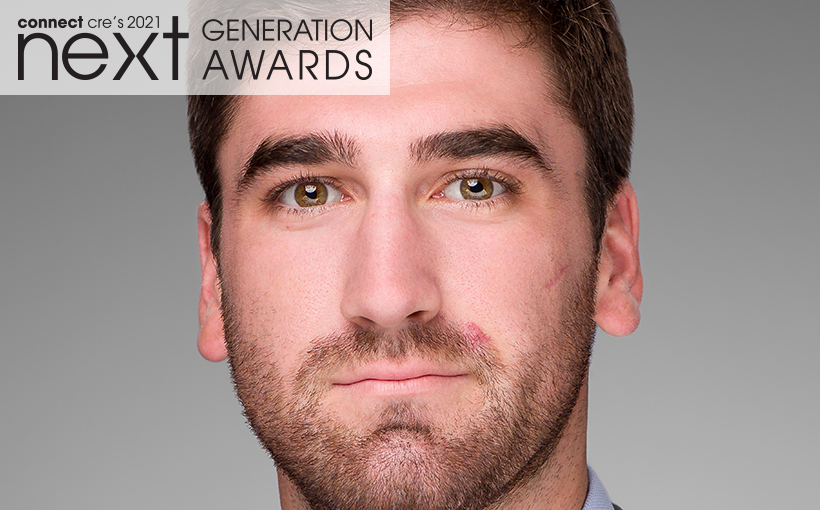 Involved in more than $1.25 billion worth of transactions since doing company

Ben McCarty joined Newmark in 2016 and currently serves as a director in the company’s Mid-Atlantic office. As a member of the team led by executive managing director Cristopher Abramson, McCarty provides investment sales, debt and equity advisory, financial underwriting, and transaction management services.

During his five-year career, McCarty has been involved in more than $1.25 billion worth of transactions in the Baltimore-Washington-Virginia metro area. He focuses on industrial, land and office properties.

The past year has been especially momentous for McCarty, as he was directly involved in $450 million of investment sales activity. He facilitated numerous off-market deals, including AEW’s February 2020 sale of 7600 Assateague in Jessup, MD to Grandview Partners. He then sold 7600 Assateague, an 853,520-square-foot industrial asset, again in April 2021, running a fully marketed process. The most recent sale was for $125 million.

These are just a few reasons we chose McCarty as one of the Washington, DC 2021 Next Generation Award winners. Connect Media’s fifth annual Next Generation Awards recognize young leaders in the commercial real estate industry who are likely to be influential for years to come. 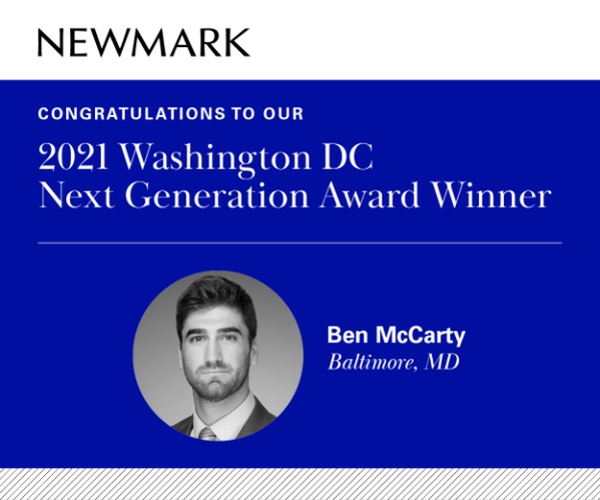