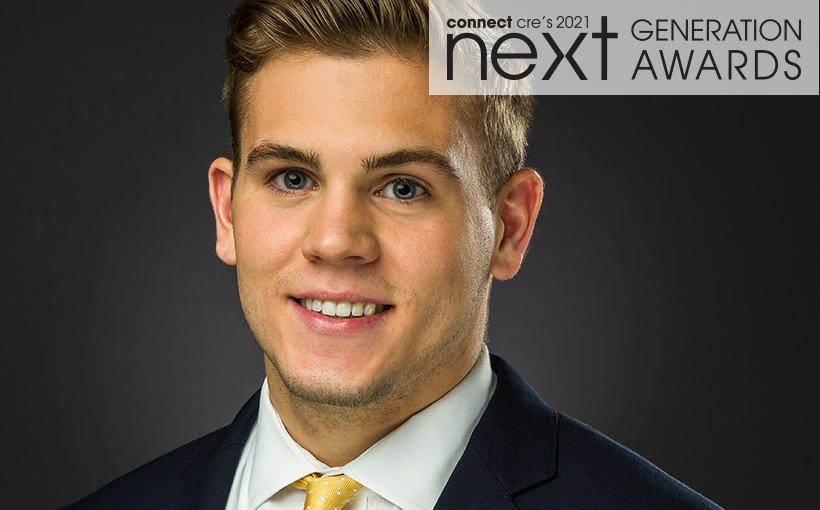 As director with Franklin Street’s Tampa-based office and Industrial leasing team, Matt Alexander had an outstanding year in 2020. Despite many unforeseen challenges due to the COVID-19 pandemic, Alexander and his team completed 132 total transactions (118 leases, 14 sales) valued at more than $188 million.

This is a major accomplishment considering the majority of the team’s business is in office leasing, a sector that faced many hurdles over the past year. Alexander played a major role in the team’s success, stepping up to go the extra mile for every deal.

At just 28, Alexander has already made a name for himself in the Tampa Bay commercial real estate market, as a lead agent representing one of Tampa’s most notable and transformative office properties, Westshore City Center.

In less than two years, Alexander and his team have brought Westshore City Center to 85% occupancy, up from 35% when Franklin Street first took over the leasing. In fall 2020, the team arranged a 90,000-square-foot lease at the property for the headquarters of Heritage Insurance. The full-building lease was the largest office lease in Tampa in recent years and made waves throughout the market.

Deals such as this contributed to Alexander’s team ranking No. 1 in terms of production within the entire company. The team was also recognized in Connect Media’s Top Broker Awards earlier this year.

These are just a few reasons we chose Alexander as one of the Florida/Gulf Coast 2021 Next Generation Award winners. Connect Media’s fifth annual Next Generation Awards recognize young leaders in the commercial real estate industry who are likely to be influential for years to come.