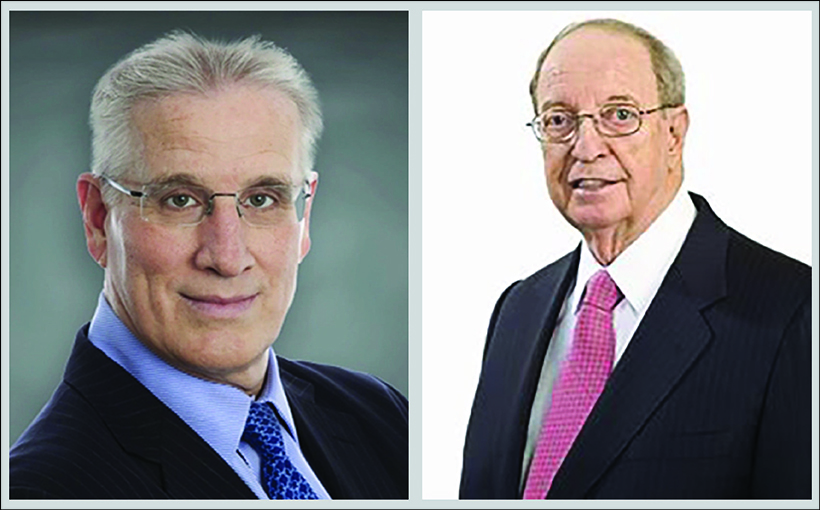 Walker Webcast: Peter Linneman and Albert Ratner on the Economics of Longevity

Back in September 2022, the Walker Webcast welcomed guests Michael Roizen (Cleveland Clinic’s Emeritus Chief Wellness Officer) and Peter Linneman (economist and Wharton School of Business Professor Emeritus). The conversation focused on “The Great Age Reboot—Cracking the Longevity Code for a Younger Tomorrow,” a book that both guests had co-written with Albert Ratner. During the webcast, the guests told host Walker & Dunlop Chairman and CEO Willy Walker that an individual can reboot his/her age to live a longer, more fulfilling life.

But how might that reboot impact the future economy, as well as the real estate industry? How might something like this impact Social Security, for example?

Walker put these question and others to Walker Webcast guests Linneman and Ratner, economist and former Co-CEO and Co-Chair of Forrest City Enterprises during the Dec. 22, 2022 Walker Webcast.

On the economic side of things, people need to get it out of their heads that they have to retire at the age of 63 or 65. Ratner indicated that “65” as a retirement landmark came from a German general back in the mid-19th century. “He asked his people at what age his soldiers could live to, so he could give them a pension a year later, and that’s what came up,” Ratner said. “But we’re still living this, what we did when we still had kids in the field. This requires a mental transformation.” Added Linneman: “There’s some people who are retiring at 63 today, who in three years, or five years, or seven years are going to regret it. They’re going to regret it socially; they’re going to regret it economically. They’re going to regret it in a lot of ways.”

This especially will be the case if longevity comes with accompanying vitality. “If we’re able to reduce lifestyle illnesses . . . by half by genetic engineering, medical advances and self-engineering, that’s 7% of the GDP,” Linneman said. “Yes, society evolves more slowly than medicine, but we should have enough to cushion that gap.”

Ratner, who is 94 years old and still mentally and physically active, noted that an older, active society will require different housing. The seniors housing that is currently online and envisioned is one step, but it makes assumptions that people move into such housing by age 78. “That’s already drifting up to 80 and could easily drift to 90 or 95 years over the next 20 years,” Ratner said.

So, the key is to drop the current assumptions and consider what the older generation of the future will need. For instance, multifamily unit sizes would need to change. The older age cohort that rents “may have more items they’ve kept in their lives,” Ratner said. “They will want visiting space for relatives. So maybe you have available space you can rent out or use for guests, children or grandchildren.”

The amenities will need to change, too. “They’re less likely to want to be playing beach volleyball at the apartment complex. They’re more likely to have social gatherings,” Ratner commented. As such, such housing will have less living space and more common area space. “It’ll become much more economic,” he added.

Linneman’s suggestion to multifamily owners and operators is to invite people who are 75 years old and older to go through the properties. “Make them walk through the complex, make them do whatever is right, and listen to their reactions,” Linneman said, adding that inviting 60-year-olds and 50-year-olds to do the same thing would also be a good idea. “Bring in test customers and have them react to the space.”

And it’s not just living space that should be re-imagined. “How many times have you been with a shopping center owner, and they’ve said ‘oh, we re-striped our parking lot to get more cars in,’” Linneman said. “You might as well just put a sign out there saying ‘no one over 65 wanted here.’” Narrower spots make it harder to park and harder for drivers to get in and out of the car. Other small design factors can make the difference, too. “The big money is in figuring out the big stuff, but you want to execute on the small stuff as well,” Linneman said.

So, should there be a focus on seniors housing as it currently is?, Walker asked. Where should the housing real estate money go?

Linneman allowed that the question is tricky. “There are early-phase (baby) boomers who haven’t taken care of themselves, and medicine hasn’t gotten to the point where it can help,” Linneman said. But the latter half of the generation – and generations to come – will likely have longer, more vital lifespans. “It’s a tricky space,” Linneman said.

Ratner didn’t provide a specific answer, saying that “at 95, I’m not going to give advice to a whole bunch of guys who are smarter than I am. The trick is to be a better thinker.” But he did suggest that there has always been groups that go in different directions than the “established” thinking. “If I were looking at this, I would look at where everybody is going, and say ‘that’s not where I want to be,’” Ratner said. “That’s the beauty of America. We solve problems individually.”