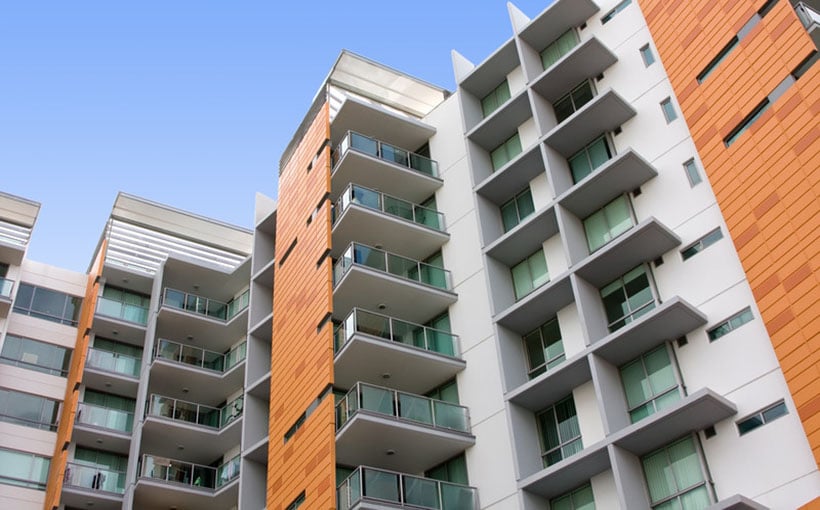 Over the course of the last decade, a growing number of Californians have lamented the high and growing rent prices that have become unavoidable throughout The Golden State. Of California’s 39 million residents, nearly a third (31%) rent units in multifamily properties — many of which are becoming prohibitively expensive.

This widespread unaffordability is a direct result of California’s long-running housing shortage, as there simply aren’t enough units in the state to comfortably accommodate the number of California households. This shortage will only be exacerbated should the state’s population surpass 50 million by 2050, as forecasts predict it will.

The intuitive solution to this problem is to incentivize commercial real estate developers to build more multifamily units. Unfortunately, real estate has become so expensive in many parts of California — particularly in desirable regions like Greater Los Angeles and the Bay Area — that a number of developers have already started to pull back on their investment in multifamily assets in the state.

What’s more, if Californians vote to repeal the state’s decades-old rent control restrictions on November 6, the inevitability of lower returns may cause many developers to abandon multifamily assets in California altogether, effectively throwing the state’s housing crisis into hyperdrive.

In short, since the Great Recession, the cost of multifamily assets in Santa Monica, Beverly Hills, and West Hollywood has grown more or less unchecked, compelling CRE stakeholders to take an unusually cautious investment approach. Those who have splashed out substantial sums for multifamily properties in these cities have passed the expense on to end-users in the form of higher rents — and in so doing have compounded the area’s affordable housing crisis.

What a Repeal of Costa-Hawkins Might Mean for California CRE

In theory, reigning in these skyrocketing rents is the impetus behind the recent push to repeal California’s Costa-Hawkins Rental Housing Act. Passed by a margin of a single vote in 1995, the Act set a variety of limits on cities’ abilities to implement local rent control legislation.

Among other things, Costa-Hawkins prevents cities from imposing rent controls on units built after February 1995, exempts all single-family homes and condominiums from rent controls, and reserves landlords’ rights to raise the rent on a rent-controlled unit to the market rate in-between tenants.

If Californians vote to repeal Costa-Hawkins this November, cities would suddenly find themselves with the freedom to impose a host of previously forbidden rent control measures, including placing rent caps on newly- constructed units. While a repeal won’t automatically trigger any specific rent control measures, it will undoubtedly create a great deal of uncertainty in multifamily markets throughout the state.

In truth, the economics of rent control are surprisingly unsettled, but a landmark study conducted by researchers at Stanford University recently demonstrated that, if nothing else, robust rent control pushes multifamily owners to consider other options. In fact, according to the study, “Rent-controlled buildings [are] almost 10% more likely to convert to a condo or Tenancy in Common (TIC) than [non-rent-controlled] buildings…and there is a 15% decline in the number of renters living in these buildings.”

In other words, when their multifamily assets are subjected to rent control measures, owners tend to find ways to reclassify their buildings, often reducing the number of units in the process. This further constricts supply, which in turn adds to the housing shortage, ultimately driving sales prices — and, by extension, rents — even higher.

Combined with the price-driven slowdown in market activity illustrated by our data, the uncertainty brought about by a repeal of Costa-Hawkins could very likely convince CRE investors that multifamily assets in places like Santa Monica, Beverly Hills, and West Hollywood are simply too expensive — and too risky — to be viable.

And while a repeal is anything but certain — this is but the latest in a series of failed attempts to do away with the law, including one earlier this year — the mere fact of its being on the ballot may be enough to keep developers at arm’s length.

“These renter groups…have gotten more organized than they ever have been,” CRE investor Ben Lamson tells The Wall Street Journal. “I’ve started getting a little freaked out or a little scared or concerned that this [repeal] could really happen.”

If it does, don’t be surprised if investors like Lamson start looking to multifamily markets outside the state of California.