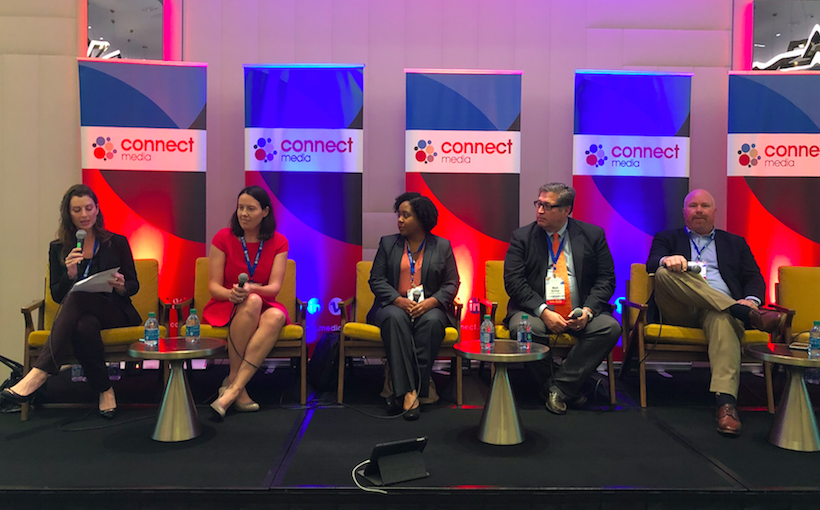 What is Driving the Affordable Housing Space?

Affordable housing is a growing issue, specifically, how to produce more of it in California. Align Finance Partners’ Dani Evanson moderated a panel at 2018 Connect Apartments in Los Angeles titled What is Driving the Affordable Housing Space?

The discussion touched on the future of the affordable housing market and where it is headed. Leaders in the space explored implications of the new tax bill and its effects on the financing and development of affordable product. The big question addressed was what needs to happen for more affordable housing to be built and whether the development pipeline will expand or contract moving forward?

Snyder Langston’s Mark Montoya pointed out that most affordable developments are done with tax credits, which require prevailing wages, but not union labor. That can impact development cost considerably since it can amount to a 15% to 20% difference if a project is required to use union labor, and in some cases it can add 25% more.

Michaels Development Company’s Kecia Boulware adds that those decisions can be driven by what achieves the highest value for the tax credits.

She also noted that the JJJ measure has worked to encourage more transit-oriented projects in Los Angeles, and is actually driving up land prices too, in those areas where train stations are being built or planned. She says the station plan has been built around low income communities that need public transit and the JJJ incentives are helping to encourage affordable housing nearby, but it is also increasing demand, so it can be tough to finance, she notes.

Align’s Evanson agrees that transit-oriented developments drive demand for ground-up projects or acquisition of projects that can be redeveloped.

Snyder Langston’s Montoya notes he is seeing an interesting trend of a mix of affordable and homeless services being incorporated into housing projects now. “That’s a sign of things to come,” he says.

Related California’s Olson says that their focus is on affordable projects for families or seniors. She notes there’s considerable resources in Los Angles county being allocated to build projects to address housing and a homeless crisis, yet given the timeframes required to build projects, she is concerned that the public will loose patience with developers if the problems aren’t solved as quickly as they envision when voted for the funding measures.

Olson, noted that Los Angeles has been underbuilding or 40 years, and that’s contributing to the housing affordability issue now faced. There’s also a perception that new housing is displacing people and the gentrification may not be well received by some communities, she says. In her view, it will require some state measures to get cities over the hurdle to build, especially in the cases where people want to retain a “sleepy community” atmosphere.

Yet, Align’s Evanson notes there’s a wave of seniors housing demand coming as that cohort reaches a peak between 2022 and 2030. Even though the industry has come a long way over the past 7 to 10 years, more work is needed. That means building affordable housing must be a priority of politicians to fix the situation, she notes.