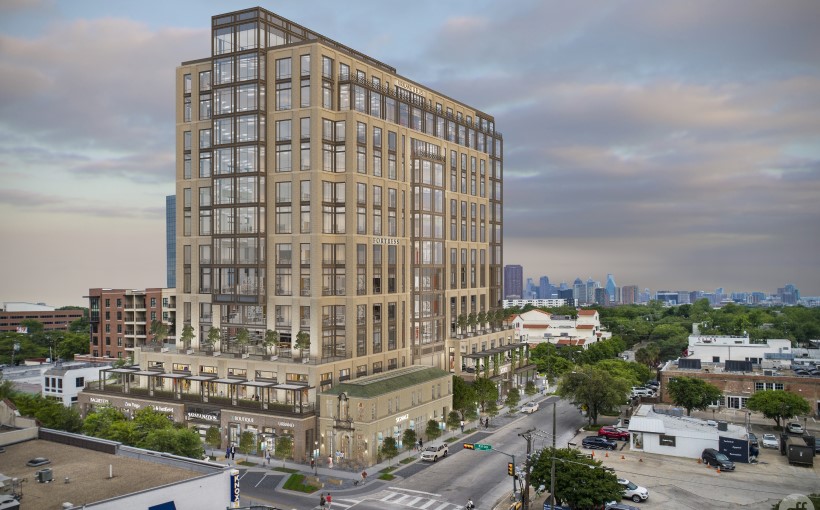 The 12-story Weir’s Plaza office and retail high-rise tower in Dallas’ Highland Park has officially opened its doors after more than two years of construction.

The 297,000-square-foot office tower, which was built on the site of the longtime Dallas family furniture store Weir’s Plaza, was designed by architect GFF and also includes 12,000 square feet of retail space on Knox Street. In addition, Weir’s Furniture now has a 28,000-square-foot flagship store facing Travis.