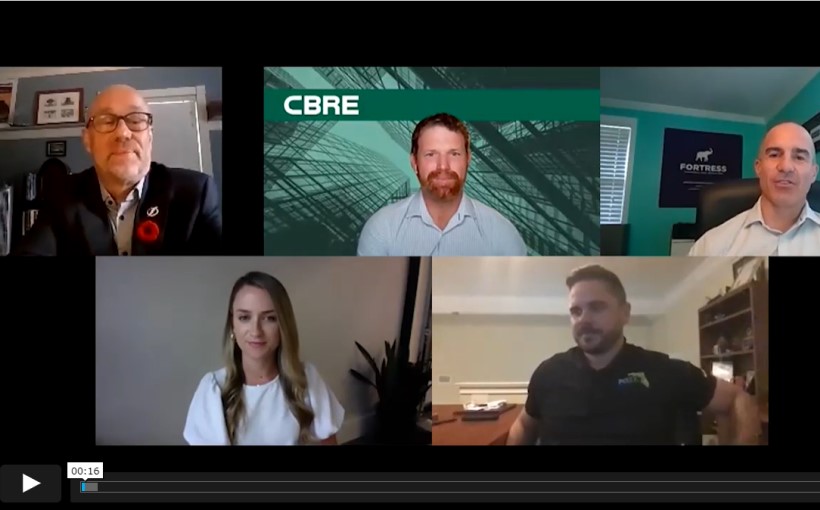 While industrial real estate demand has grown significantly as a whole across the nation over the past several years, one of the hottest growth spots has been in the Central Florida I-4 corridor.

“We have over 10.5 million people within a 100 miles radius of the Lakeland/Polk County area,” said Ashley Cheek. “So, when companies are looking for places to plant roots, they want access to people. Having access to that amount of people, whether it is your customers or a labor pool and talent, I can tell you that has been a huge driver for the I-4 corridor in general. Within a four hour drive we can get to over 14 million people and really no other city and corridor in the Southeast can say that.”

A rendering of the Florida Dragstrip Logistics Center, a 711,000-square-foot mega-warehouse being leased by Amazon in Lakeland.

The demand has been such that most speculate industrial developments in the region are leased up completely before construction is even completed, added Cheek.

“Historically, we were residential, retail and hospitality and I would say the shift over the last five to ten years has been adding a lot of new drivers and industries that have been coming to the area,” said Kostas Stoilas. “With the population growth, obviously corporate America has decided to be closer to their consumers as well.”

Panelists were also quick to point out the recent and well-covered growth E-Commerce nationwide, which has led to not only an increase in demand for logistics space but also manufacturing space as well.

Much of the recent speculative industrial product in the region has incorporated manufacturing space.

“In the past five years, eight million square feet of industrial space has been developed or is currently in development here in a town of 40,000 people,” said Jake Austin, president at the Plant City EDC. “Much of that growth has been in E-Commerce but there has been a lot of manufacturing growth as well.”

CBRE’s Kris Courier echoed the other panelists sentiments on how the population growth across Central Florida has had a significant impact on the growth of the industrial market in recent years.

Courier was quick to point out that the growth is not just the growth of Downtown Tampa. The smaller locales like Plant City and Lakeland are also thriving.

“All of the sudden, these are areas where people want to be and live,” he said. “These are areas where the next generation workforce is moving to. We are now in a completely different league when it comes to attracting and retaining top talent and that is spurring on this job creation. People are discovering that Central Florida is a great place to be.”

As far as the ongoing COVID-19 pandemic, panelists responded to how much the region has been impacted by the health crisis.

From an economic development perspective in Lakeland, Cheek said she has not seen a major impact and noted continued growth on the office and industrial side. In Plant City, Austin noted that while smaller business were impacted, major employers were surprisingly sheltered and that food packaging and distribution end-users were able to survive without much disruption.

Wade Elliot, the vice president of business development at Port Tampa Bay, pointed out that while the cruise and energy industry were severely impacted by the pandemic at the Port, other industries such as the construction and building materials trade have remained resilient. On the container side, Elliot said that the Port has seen “tremendous growth.”

“A lot of the growth on the container side has been people purchasing more furniture, appliances, lumber and home improvement materials,” said Elliot. “Not surprisingly, these are a lot of the segments we see with new and expanded distribution centers along the I-4 corridor.”