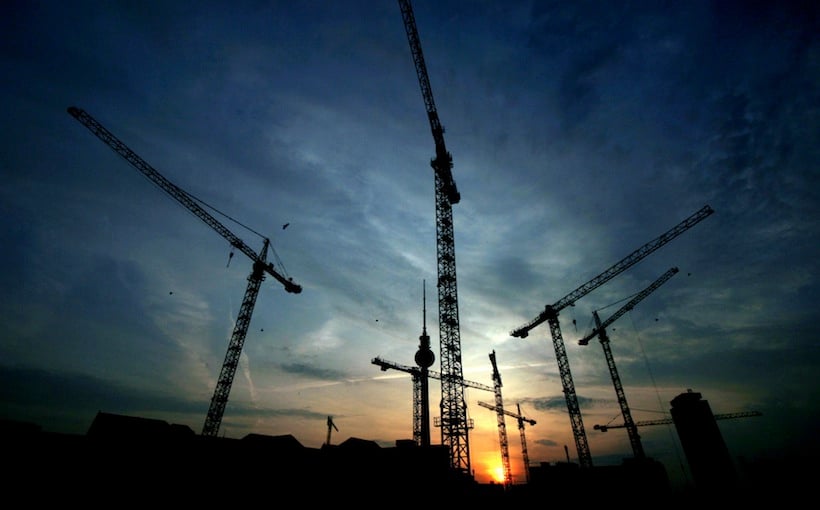 Was Q4 2022 the Bottom for Commercial Construction Volume?

The commercial real estate development market “continues to show the effects of a wide range of shocks which were sparked by the pandemic and have morphed into unique challenges,” according to Moody’s Analytics CRE. “Supply chain shortages, labor market issues, and, increasingly for this year, available finance, appear to have combined to deliver underperforming construction outputs across sectors.”

Persistent market uncertainty throughout much of 2022 led to hesitant late-stage development, Moody’s Analytics CRE says. As a result, fourth-quarter new construction figures were down for all three sectors the Moody’s team monitors: multifamily, office and retail.

Weakest of the three was office, which saw completions totaling 2.38 million square feet in the fourth quarter of 2022. That compares with completions of 12.0 million square feet in the year-ago period and 13.2 million in Q4 2020, “indicating construction levels remained at healthy pre -pandemic heights until this year,” write Moody’s Analytics senior economist Thomas P. LaSalvia and associate economist Nicholas Luettke. Current completion levels are comparable with 2010 and 2011, in the aftermath of the global recession.

Even as the post-pandemic shift to remote working has heightened fears of lower demand, LaSalvia and Luettke suggest that office construction may have stalled rather than never begun. “Financial volatility has led to a number of late-stage construction projects remaining unfinished, waiting for financial and labor markets to cool off before completion,” they write. “Many of these late-stage constructions could be finished quickly as cheaper financing becomes available over the next few quarters.”

A similar story of unfinished construction is told in the apartment sector, where Q4 deliveries came in at 16,752 units. Inventory growth reached the lowest level in at least four years. “Despite relatively weak Q4 figures, there’s a reasonable chance construction statistics surge back relatively quickly in the new year,” write LaSalvia and Luettke.

In retail, Q4’s total of 581,000 square feet completed was down by nearly two-thirds from the same period in 2021. Meanwhile, vacancies inched downward slightly from Q3 and rents eked out a small quarterly increase.

“As a recent Moody’s Analytics report highlights, retail markets across the country have been undergoing a transformation toward mixed developments offering consumers lifestyle-oriented experiences,” LaSalvia and Luettke write. “New constructions are likely to pick back up as developers look to meet the favored lifestyle preferences of consumers.”

The pullback in supply growth “has undoubtedly helped to stabilize rent and occupancy for office and retail, and likely helped push rent growth higher in multifamily,” they write. Moving forward through 2023, “a strong pipeline of activity in the multifamily sector will act to moderate some of that recent rent growth, and while office and retail development may pick up a little in the coming months, it is unlikely we return to the pre-pandemic level of supply growth for quite a few years. Despite this, Q4 of 2022 will hopefully be a weak point with late-stage constructions quickly helping to begin improvement as the strong pipeline of construction gets increasingly turned back on.”

Conversely, though, finance questions could provide a speed bump. “With the Federal Reserve appearing committed to bringing inflation down in 2023, there’s room to be optimistic that construction will pick up again and finish quickly as finance becomes cheaper,” write LaSalvia and Luettke.