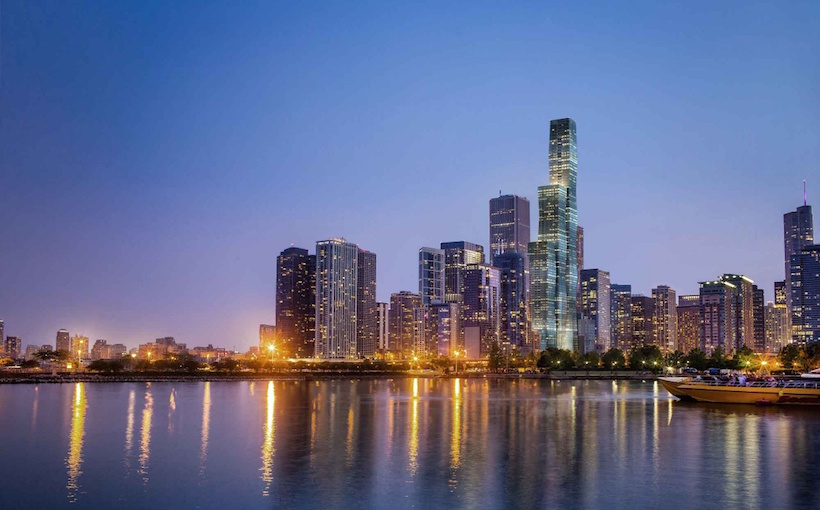 Dalian Wanda Group is in talks to sell its majority stake in the Vista Tower project to Edmonton, Alberta-based Triple Five Group, the Chicago Tribune reported, citing sources said to be familiar with the talks. When completed, the 101-story residential condominium and hotel tower will be Chicago’s third-tallest building.

The Tribune cited pressure from the Chinese government on Wanda and other Chinese firms with large real estate holdings to sell off overseas properties. That would help explain why the company, which is Magellan Group’s investment partner in the $1-billion Vista Tower project, is looking to sell its stake some two years before the property’s scheduled completion.

A deal with Triple Five, owner of the supersized West Edmonton Mall and Mall of America, is not a certainty. However, the Tribune reported that Wanda has been restructuring and selling off other investments, including its $600-million stake in theater chain AMC Entertainment.