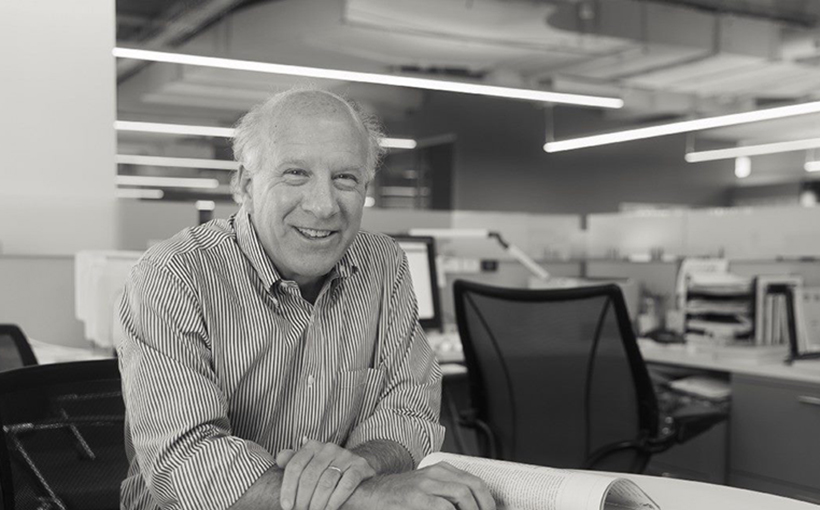 In 2007, Time Magazine named Russian President Vladimir Putin its “Person of the Year.” A quarter of a century later, Putin continues to fight for possession of Ukraine. Which is one reason why Adi Ignatius was a compelling Walker Webcast guest on June 22, 2022. Before his current stint as Harvard Business Review’s Editor-in-Chief, Ignatius was Deputy Managing Editor of Time. He also authored Putin’s “Person of the Year” profile, allowing him to offer insights about the Putin of the late ‘aughts and the Putin of today.

“The Putin of 2007 is similar to the Putin of 2022,” Ignatius told Walker & Dunlop chairman and CEO Willy Walker. “He was really animated. What he spoke most passionately about and even aggressively about was a sense of humiliation, a sense of lost pride and a sense that the West didn’t respect Russia.” Ignatius continued that Putin’s world view was that ethnic Russians had been stranded outside the Russian border when the Soviet Union broke up, and they were being mistreated. “That’s exactly how he talked when he launched his most recent incursion into Ukraine,” Ignatius said. “To protect Russians who, in his mind, were being treated badly.”

Another thing that stood out about Putin? His intensity. “There were several of us who came in from New York for this interview at his dacha, and we’re sitting with him for 3 ½ hours,” Ignatius recalled. “We commented later that we couldn’t remember seeing him blink. And the only time he laughed was to make fun of a couple of us.”

In addition to insights about the Russian economy and China’s recent history (Tiananmen Square specifically), the hour-long webcast discussion delved into politics, workplace diversity, CEO activism and the Harvard Business News’ purpose. It’s not a sales tool or what Ignatius called a “vanity publication for the Harvard Business School.” Rather, the publication’s goal is “to acquire and publish the most important ideas in business,” Ignatius said.

And one of those ideas discussed webinar was remote work. “This is kind of an issue de jour for everyone,” Walker noted. “Everyone is debating this issue, when it’s actually a personal issue.”

But is it effective or productive? “I think the research will probably tell us maybe what we should be doing, but we definitely aren’t there yet,” Ignatius observed, going on to discuss what he called “the most cited bit of research about work from home.” Entitled “Does Working From Home Work? Evidence from a Chinese Experiment,” and presented by the National Bureau of Economic Research in 2013, the research reported that Chinese employees at a travel agency who worked from home were more productive and happier than those who remained in the office. “What did not go up—and this is a problem—is promotions,” Ignatius said. “So, the people who were remote were promoted far less than their counterparts who were at headquarters.”

But even with promotions potentially endangered, more employees seem to want to work remotely, at least part of the time. According to Ignatius, this brings up the question as to what exactly an office is, and its purpose. In fact, HBR’s 2020 article “What Is an Office For?” brings up those very issues.

“Think of (the office) as a tool,” Ignatius advised. “It’s not just a place where people go to work every day—we’re past that.” As a tool, the office should be considered a location where everyone comes together for various purposes, ranging from comradery to hackathons.  “I think it was Nitin Nohria, the former dean of Harvard Business School, who said we need to think of the office as a clubhouse; that’s where we come together to connect, and to celebrate, and to create and sustain culture,” Ignatius said.

On-demand replays of the June 22, 2022 webcast are available by clicking here and through Walker & Dunlop’s Driven by Insight podcast series.