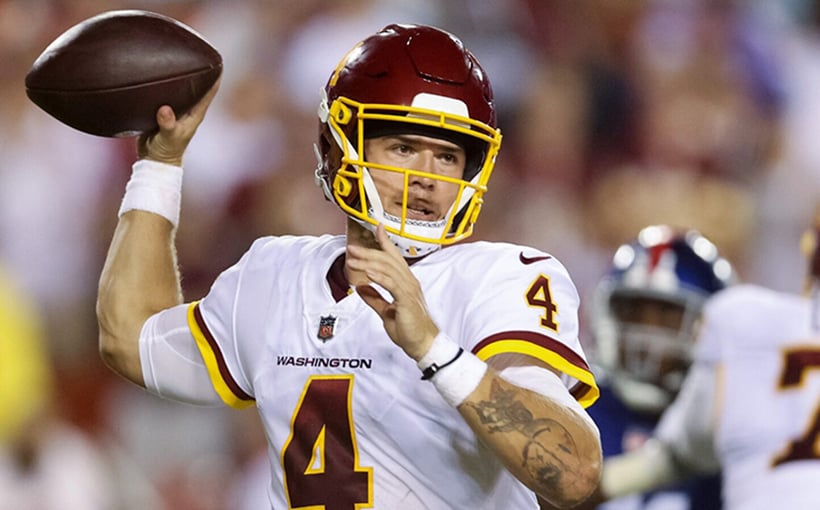 Taylor Heinicke is not your typical American football quarterback. For one thing, he’s shorter than the average quarterback. He didn’t play for a powerhouse football school, but ended up at Old Dominion University, where he did rack up good numbers during his senior year. And his professional football career is a checkered one, riddled with injuries, waivers and in the case of the XFL, participation in a league that never got off the ground. Yet Jerry Trotta with the sports news website Fansided.com said that in Heinicke, the Washington Commanders “have arguably the best backup QB in the league.”

And as a guest on the June 30, 2022 Walker Webcast Heinicke indicated that perseverance and consistency have kept him steady throughout his life. The perseverance he learned from his parents, who taught him to finish everything he started, even if he didn’t like it. And the consistency? When Walker & Dunlop Chairman and CEO Willy Walker asked Heinicke about the differences between high school football, the college gridiron and the NFL, the latter’s response was: “It’s kind of the same. But every time you move up a level, the guys are a little bigger, a little stronger, a little faster and a little smarter. So you have to be more consistent every time you go up a level.”

Heinicke has needed every ounce of perseverance and consistency—as well as preparation—during his stints with the Minnesota Vikings, the Houston Texas and the Carolina Panthers, along with a brief tenure as QB for the New England Patriots’ practice squad. He’s taken advantage of opportunities, playing before massive crowds, substituting for injured quarterbacks and showing his stuff on national television. Before joining the Washington Football Team (predecessor of the Washington Commanders) during the 2020-2021 season, he believed he’d never play football again.

But he is still playing and persevering. During that 2020-2021 season, as QB starter’s Ryan Fitzpatrick, Heinicke ended up taking the starter position after Fitzpatrick suffered a season-ending injury in week one. Heinicke brought the team to a 7-8 record in 15 starts. He also learned the importance of leadership, of staying strong, and not faltering. “Looking those guys in the eyes in the huddle and having that confidence in your voice gives them the confidence that hey this is going to be a successful play,” he said, noting that he is continually working on improving those leadership skills and other facets of his play.

And while he’s had a taste of that leadership, he also said he’s ready to step back in role of backup quarterback to supporting Carson Wentz, the new addition to the team.

Nor does he harbor any ill will. “At the end of the day, it’s just a business,” he told Walker. “I’m not preparing any differently with him as a starter and me backing him up.” While he allowed that competition exists between starting and backup quarterbacks, “I’m excited for Carson and hope he succeeds,” he said, noting that the Commanders’ great offense and solid defense should really help.

In the end, Heinicke has had his share of adversity and uncertainties throughout his career. But it never stopped him from pushing ahead, proving himself and living his dream. In other words, being consistent and persevering. “From high school to college, just being a smaller guy, you kind of have to prove yourself,” he said. “I had the dream where I was going to make it, and no one was going to stop me.”

On-demand replays of the June 30, 2022 webcast are available by clicking here and through Walker & Dunlop’s Driven by Insight podcast series.