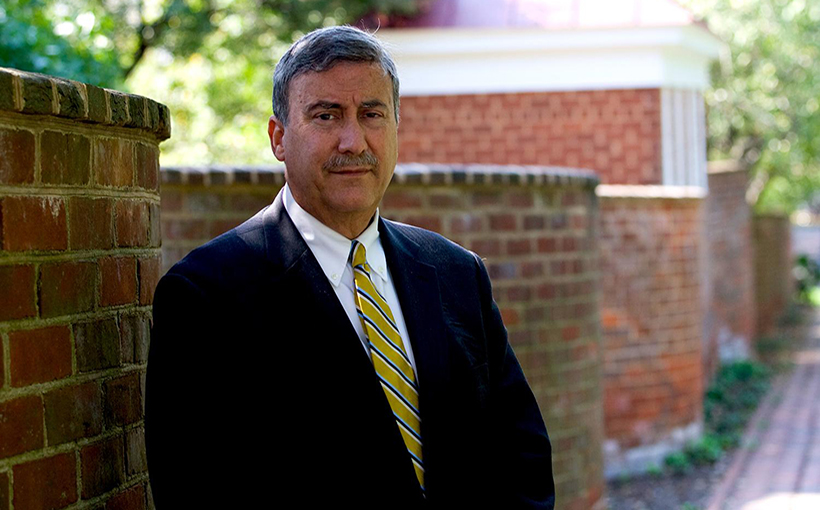 The U.S. election midterms are just days away. While no one really knows what might happen, University of Virginia political science professor Larry Sabato believes both sides of Congress will end up skewing Republican.

“Every president, from Reagan to Biden, I believe, has experienced one or both houses of Congress being controlled by the other party,” Sabato said during his appearance on the Nov. 2, 2022 Walker Webcast. The result? Gridlock. “The president relies on veto power, which will stop anything that passes a Republican Congress,” Sabato said. “He has executive orders. And he has the presidential platform.” So, not much will get done before the 2024 election.

Sabato, who is the Robert Kent Gooch Professor of Politics at University of Virginia, also oversees the school’s Center for Politics’ Crystal Ball website, which forecasts likely outcomes of political races. During the hour-long Walker Webcast, Sabato and Walker & Dunlop Chairman and CEO Willy Walker discussed tight congressional and gubernatorial races and their potential outcomes. The two also discussed challenges to the current political system.

Once such concern is the ongoing perception that Joe Biden isn’t President of the United States. “You can dislike Biden all you want,” Sabato pointed out. “You can regret that the American public made the decision they did in November 2020. But there is no evidence – none, none, none – of voter fraud. He is the legitimate president of the United States.” Ongoing election denial belief doesn’t help anything, he went on to say. “It undermines our democracy and it undermines our American Republic,” he said. “And boy, are we in trouble; we’re going downhill if this doesn’t stop.”

One downside of the current polarized political situation is increasing threats of violence against people in public office. One example is the recent attack on House Speaker Nancy Pelosi’s husband Paul Pelosi.

“I’m going to turn into a law-and-order academic and say arrest these people,” Sabato said. “The number of serious and violent threats have increased over the past four years by two and a half times. It’s now thousands and thousands of death threats against people at all levels of public office, including school boards, including local election officials, and all the way up to the president.”

Nor is the situation helped by the current two-party system. Sabato doesn’t see that changing any time soon, namely because politicians have a vested interest in maintaining the status quo. “So they set up the ballot laws to favor them, and they set up the campaign finance laws to favor them,” he said. “The news media is very two-party oriented; it’s easier to organize coverage with just two major parties.”

One action that could help is a return to paper ballots. “Have enough guards there, have enough bipartisan observers so everyone sees the ballots as they’re being counted and categorized,” he said. “That’s how Canada does it, and that’s how Britain does it.” Paper ballots are easier to count – and can be easily recounted if there is doubt. “If that’s what it takes to reassure people that our system is sane and secure, let’s do it,” Sabato said.

Furthermore, education is a way to stop issues like election denial and false information. The UVA Center for Politics is taking on the task, offering civic education to young people throughout the United States at American schools around the world.

On-demand replays of the Nov. 2, 2022 webcast are available by clicking here and through Walker & Dunlop’s Driven by Insight podcast series.