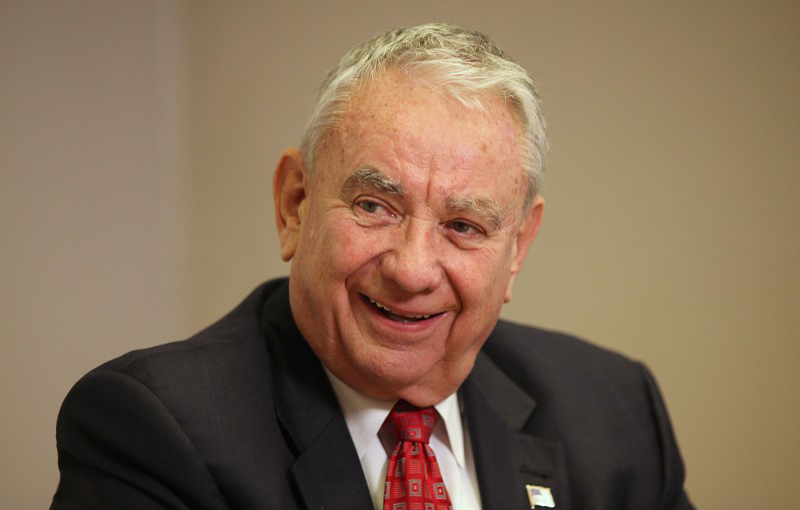 Tommy G. Thompson knows a lot about political bipartisanship. A self-proclaimed conservative Republican, Thompson beat the odds when he was elected as governor to the very blue state of Wisconsin – not once, but four times. Following the election, his first move was to name Wisconsin Majority Leader Timothy Cullen, a Democrat, as Secretary of the Wisconsin Department of Health Services.

“That was unheard of,” Thompson told Walker & Dunlop Chairman and CEO Willy Walker during the Dec. 14, 2022 Walker Webcast.

Thompson’s tenure as governor came to an end in early 2001, when he served as Secretary of Health and Human Services under President George W. Bush.

So, it’s safe to say that Thompson is familiar with government on the state and national level. Which means he knows what he’s talking about when he pointed out that national political divisiveness is a very real thing.

So, how should partisanship be solved? “First, we have to get the press back, and stronger,” Thompson said. “The press has to be independent, and they have to make sure that people are held accountable for what they say.”

And second, those running for office need to have a specific plan. “Nobody running for public office right now has a plan,” Thompson said. “It’s ‘I’m running because I’m going against the Blues,’ or ‘I’m running because I don’t like the Republicans’ . . . nobody lays out what they want to do, and I think that’s horrible.” He added that getting good people to run is another step in the right direction. But doing so is difficult. “Nobody really good wants to run because they get torn down by the other side with lies,” Thompson said.

Also essential are leaders who aren’t afraid to make unpopular decisions. Thompson shared the story of what happened while he was president of the University of Wisconsin system during the COVID-19 pandemic. Campus shutdowns in early 2020 generated financial loss and potential permanent closures. In response, Thompson convinced all 13 UW system chancellors that campuses needed to re-open for the 2020-2021 school year.

Such leadership, Thompson said, can cut through national partisanship to fix the nation’s challenges. “I say, let’s try being bipartisan,” Thompson said. “Let’s solve America’s problems, instead of postponing them to future generations. That’s all we’re doing now. If we start with, say Social Security, you (Willy) and I can bring together 10 Republicans and 10 Democrats. I bet that in an afternoon, we could find a solution.”

Furthermore, any leadership needs to be forward-thinking. “How can you have progress if you’re always looking back?” Thompson asked. “If you’re not looking over the edge, you’re taking up too much space. I want you to look over the line, find a solution and look forward.”

On-demand replays of the Dec. 14, 2022 webcast are available through Walker & Dunlop’s Driven by Insight podcast series.