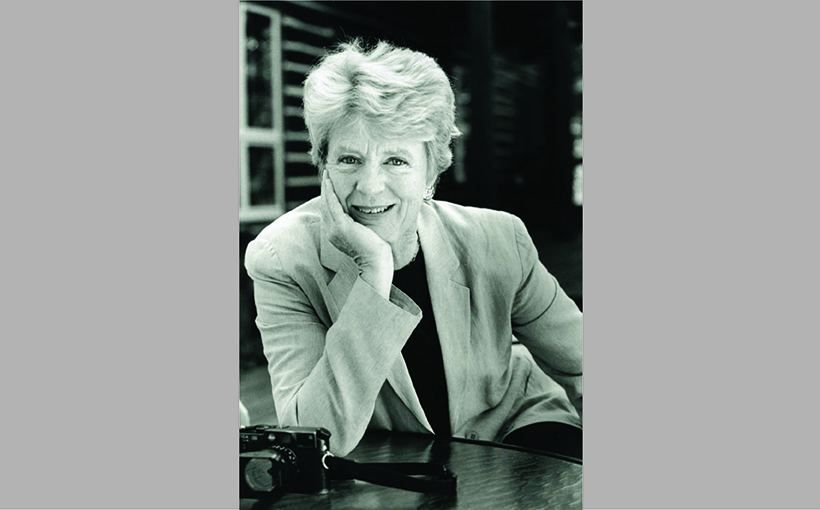 Walker began her career as a freelance photographer for Washington Monthly at $25 per published photo. While the pay was small, the press credentials she received to the White House and Capital Hill became invaluable. She eventually ended up at Time Magazine, where one of her early photographs covered First Lady Rosalynn Carter’s visit to Cambodia in 1979.

For the next two and a half decades, Walker found herself in the unique position of slipping behind the scenes of very well-known politicians and public figures and showing their unique perspectives to the world.

Walker entered the photojournalism field when it was more of a “man’s industry.” She believes that one reason she was granted ready access to the White House was because “I was less heavy-handed than a lot of the men photographers,” she said. “I would go into the Oval Office or behind the scenes and wouldn’t push the furniture out of the way. I think they thought that I knew how to behave.”

That same touch and diplomacy also worked with Apple founder Steve Jobs. Though interestingly enough, Walker’s first conversation with Jobs involved calling him out when he called her a “paparazzi” in public. She faced him told him that had been rude of him, and he apologized. “We were friends from that moment on,” Walker said. She photographed Jobs until he became ill and refused to take any more pictures of him.

In 2012, Walker took a photo of then-Secretary of State Hillary Clinton, who was on board a secret flight to Libya. To her horror, the photo became the subject of memes, under the title of “Texts from Hillary.” Though Walker was credited for the original photo, she was upset at the lack of control she had.

She traveled to South by Southwest (in Austin) in early 2013 and, in her words, “was gonna shoot them out for taking my picture off the Time Magazine website.” But when she was told what happened when a photo went viral, she somewhat changed her tune. Instead, she said she thanked the crowd, adding “I’ve never had a picture that had gone viral before, and I’ve never had one since. It was thrilling.”

But Walker acknowledged that the photo, which had graced Hillary Clinton’s Facebook page for several years, had to be taken down when questions about official emails used on personal devices became an issue.

The Humanity of the Photographs

Ultimately, Walker’s goal was to present the human side of her subjects as much as possible. “I was always looking for that hand on the shoulder and when I was able to achieve it I was thrilled,” she noted. Such a perspective has always been important in her work and “it’s a really important thing to be able to show,” Walker said.

“I hope this discussion shows that it was not only my mother’s technical capability but her personality that came together to create such a powerful career,” Willy Walker added. As we look at successful people in business, you can be technically as qualified as anybody but if it doesn’t marry up with a personality or vice versa. you can be the greatest person on earth. But if you don’t have the technical smarts it’s very difficult to be successful.”

On-demand replays of the Oct. 19, 2022 webcast are available by clicking here and through Walker & Dunlop’s Driven by Insight podcast series.