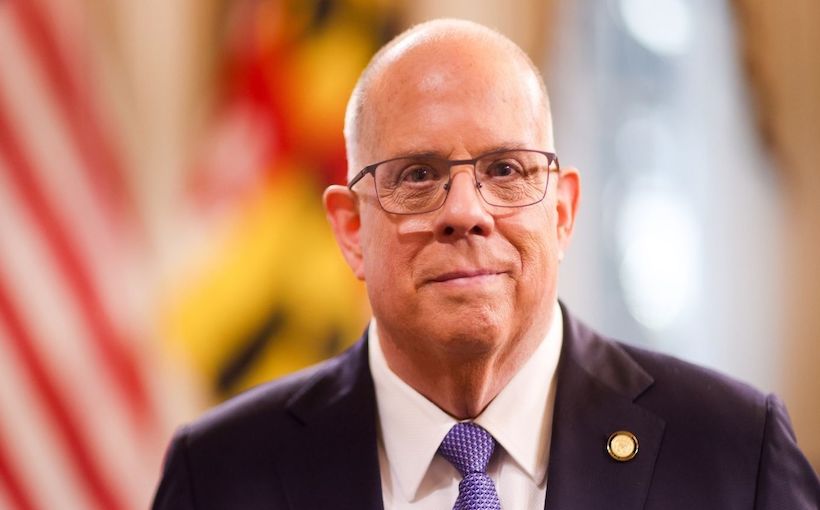 On April 19, 2015, 89 days after Larry Hogan was sworn in as Maryland’s governor, Freddie Gray died at Baltimore’s R Adams Cowley Shock Trauma Center in Baltimore. Cause of death was attributed to spinal injuries, allegedly resulting from unnecessary force by police officers who arrested the African American youth. Less than a week later, protests broke out in downtown Baltimore, described by Hogan as “the worst violence in 47 years.”

Hogan, a Republican governor running an ultra-blue state, decided enough was enough. Declaring a state of emergency, he deployed the police and National Guard to stand watch. Then he traveled to Baltimore, where he walked the streets, and met with organizational and community leaders. Peaceful protests were permitted, but “we didn’t let people throw bricks through windows, or set cars on fire,” Hogan told Dunlop & Walker CEO Willy Walker during the March 2, 2022 “Walker Webcast.”

“We were able to listen to concerns and lower the temperature,” Hogan said. In the aftermath, Maryland strengthened social safety nets, passed criminal justice reform, boosted police funding and tackled the root causes of crime in minority communities. Hogan, who was re-elected to a second term as governor in 2018 put the success down to “listening, showing up, reaching across the aisle and finding common-sense solutions.”

His bipartisan approach makes Hogan an effective governor. Maryland’s economy and educational improved under his watch, as well as a decline in the opioid crisis. When it came to working on COVID-19, Hogan’s philosophy of people over party also helped the state.

“I surrounded myself with the smartest people I could find,” he told Walker. “Doctors, epidemiologists, business leaders – we had people working on this day and night.” Also important was clear, consistent communication to the public. The result was a faster economic recovery from the pandemic shutdown.

Hogan believes that people over party is what most Americans want. But it isn’t happening. “We have such divisiveness and dysfunction in Washington,” he noted. “Lots of folks spend more time on how to win an argument on Twitter, rather than to reach an agreement or solution to a problem.”

President Ronald Reagan is Hogan’s role model; he likes the late politician for his optimism, focus on “strength through peace,” and ability to compromise with others for solutions.

Then there is Hogan’s father, Lawrence Hogan, who represented Maryland in the U.S. House of Representatives during the early 1970s. Hogan senior broke ranks with Republicans on President Richard Nixon’s impeachment; he was the only House Judiciary Committee Republican to vote for all three articles. That action cost him a career in politics.

“I learned so much about integrity and public service from dad,” Hogan said, of his father, who died in 2017.

Those lessons learned stood Hogan in good stead when he ran for office. He had no political experience – he was a businessman who founded and operated commercial real estate company Hogan Companies. But he was frustrated with the state’s high taxes and overregulation.

With help from “grass roots, shoe leather and hard work,” Hogan spread his message about unity in problem solving and against all odds, won the election. He was overwhelmingly reelected in 2018, only the second Republican governor to be so in Maryland’s history.

On a personal level, Hogan didn’t shy away from sharing his struggles with non-Hodgkins Lymphoma. Now in remission, Hogan explained that showing his vulnerability helped people see him as a regular person, rather than a tough-guy politician. “I AM a regular guy,” he said. “I’m a regular guy that was going through difficult things, but kept working hard.”

Hogan remains in office until January 2023; Maryland has a two-term limit for governors. When asked by Walker about his future, he said he wouldn’t run against U.S. Democrat Senator Chris Van Hollen.

In terms of a potential run for U.S. president, Hogan spoke to the present. “I’m going to focus on being the best governor I can be,” he said, stating that he wasn’t going to even entertain that possibility until he’d left office. “I’ll finish the job, continue solving problems, and making progress.

On-demand replays of the March 2 webcast are available by clicking here and through Walker & Dunlop’s Driven by Insight podcast series.