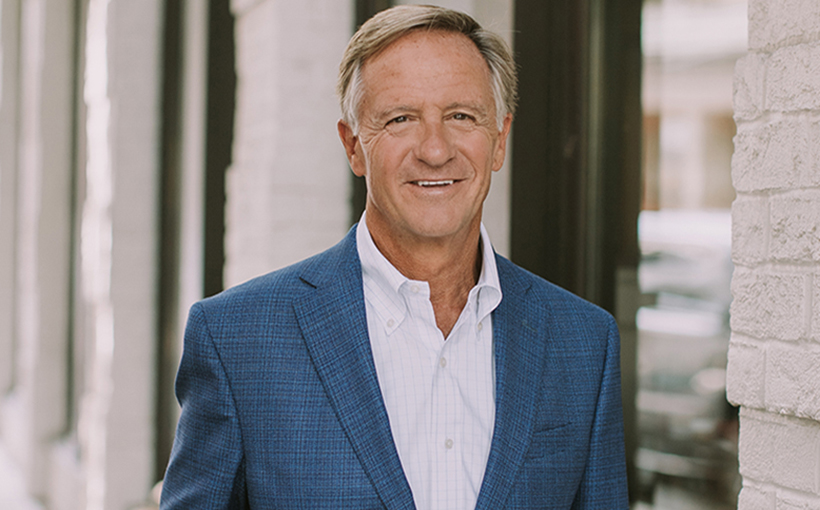 Walker Webcast: Faith and Politics through the Eyes of Bill Haslam

William (Bill) Edward Haslam, American businessman, author and former Knoxville, TN mayor and Tennessee governor shared a story about a recent survey targeting Republican primary voters. Haslam explained that the survey asked what qualities these voters want to see in the next president of the United States. “Number one, by a long way was ‘Christian.’ The last, number 20, was ‘humble,” he said, adding that “I would argue there’s a case where someone hasn’t really thought through what the theology of their politics is.”

Haslam is a Republican and devout Christian. And during the July 6, 2022 Walker Webcast, he shared his views on both faith and politics with Walker & Dunlop’s CEO and Chairman, Willy Walker. He has been accused of being a RINO (Republican in Name Only). And he is outspoken about the poor behavior of many self-professed Christians. He, himself, is a fiscal conservative. And when Walker asked Haslam about divisive politics, the former mayor and governor pointed out several factors supporting this topic.

“We can, for the first time in history, choose our news in a way that we haven’t been able to in the past,” he said. “You can go on your cable TV right now and tell me where you are on the political spectrum, and I’ll find a TV news show that you want and that you like.” That news in turn feeds into confirmation bias, which Haslam indicated is a human condition.

The other issue is that politicians tend to be experts in reading the room. “And unfortunately, today’s politicians are reading the room in a way that doesn’t reflect who we really are,” Haslam said. In actuality, America is evenly divided, 50-50. But you wouldn’t know it to look at social media sites like Twitter. “Eighty percent of the Tweets are from one of four things: They’re from people on the far right, they’re from people on the far left, they’re from the Russians, or from bots,” he said, adding that none of this represents where the American people are actually are. Yet, this is what politicians on both sides are playing to.

Haslam’s advice to move support discourse and understanding? Be open to all possibilities and accept that the other person might be right, he said. It’s also important to become politically involved by voting in all elections, especially in the primaries. Most people skip the primaries, as they’re tired of politics as usual. The problem is that by the time the candidates get to the national level, there is little choice.

By the same token, Haslam said that people need to care a little less about politics. “Too many of us are getting our identity through politics, and we’re determining everything through that lens,” he explained. “We need to care a little bit less about our politics in the sense that the other side is not the enemy. The other side has different opinions. If you sat next to him at a football game or your kid’s swim meet, you might decide they’re not such a bad person after all.”

He also brought the discussion toward Christianity and the Bible, pointing out that while gay marriage and abortion is supported by what he termed as “biblical truth,” “I would say start with approaching that with humility and empathy; people are in very different situations than yours.” Furthermore, while the Bible is clear on what needs to be done that is right, it doesn’t necessarily offer a specific road map. “It says we’re supposed to feed the poor, but I would argue that it’s not clear on how we’re supposed to do that, whether through government programs or charity,” he said. Haslam acknowledged he’s not a fan of big government programs but from a biblical standpoint, “I don’t think you can come down on one side of this issue or the other,” he explained. “I would argue that feeding the poor is not up for debate. The question we need to figure out is how to do that.”

However, the Bible offers what he called “clear scriptural imperatives” on other issues. “The quote I used to summarize all the time from Mark and the Old Testament is that what the Lord requires of you is to act justly, love mercy and walk humbly,” Haslam said. “I would argue that if the church would do that, it would be the magnet that would draw people; they’d say ‘Wow! I want to be with people like that’!”

On-demand replays of the July 6, 2022 webcast are available by clicking here and through Walker & Dunlop’s Driven by Insight podcast series.