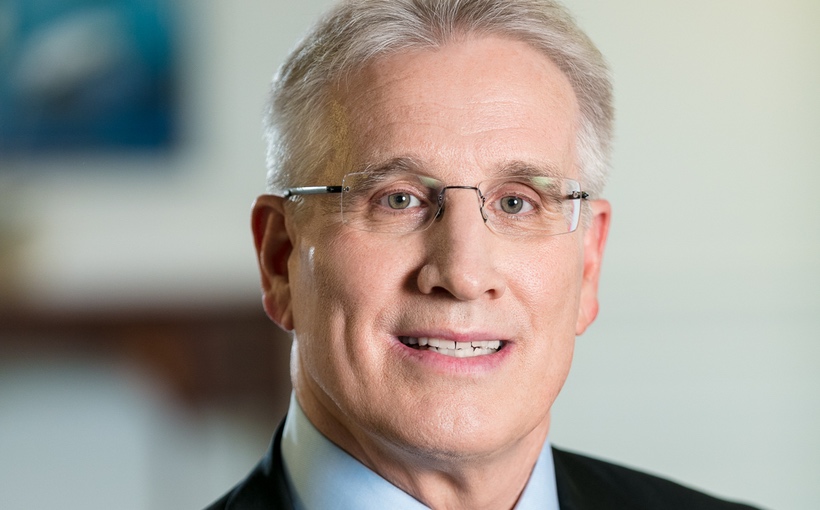 “(Niagara Falls) is the most powerful waterfall in the world,” he explained to Walker & Dunlop chairman and CEO Willy Walker at the start of the July 20, 2022 Walker Webcast. “It’s a good analogy to the U.S. economy. It’s powerful. It keeps going. There may be times when it’s a little slower. But it keeps going and what the U.S. economy achieves is pretty stunning.”

This wasn’t to suggest that there is economic, geopolitical and health volatility throughout the world. But during the hour-long webcast, Linneman preferred a more positive analysis, rather than the gloom and doom issued by both media and political parties.

The first focus? Expanding job growth. “I find it humorous that people keep saying workers aren’t returning to work,” he said. “But excuse me. We’ve added 2.7 million jobs in the last six months. I consider that is workers returning to work.”

But what about inflation and interest rate shocks? One is an outgrowth of the other. And the reason for the first—inflation—is due to supply lagging demand, a factor dating back to the pandemic. In fact, Linneman is still convinced that today’s inflation will be transitory, though acknowledged it’s been higher than expected. “When we shut down the economy, demand and supply both plummeted,” he explained. “When that happened, there were only two possibilities. Supply would come back faster than demand or demand would come back faster than supply.” Demand has been outpacing supply.

While the war in Ukraine has added to inflation—“no economist foresaw that,” Linneman said—” his belief in transitory inflation rests on 3% industrial output growth. “Manufacturers are saying that it’s highly profitable at today’s prices to expand output, and they’re doing it,” he said.

This is true, he said, even in the area of energy prices. Linneman reminded Walker and webcast listeners that the higher prices are a result of less output; again, due to the pandemic shutdown. Rig operations are ramping up, though “it does have a ways to go. But that’s when oil prices will normalize,” Linneman said.

Which led to a discussion about trade. “We are really good at weapons and weapons systems,” he said, indicating that countries including Taiwan, Germany, France and even Poland might line up for some of those products. Getting back to energy, “we’ll become an even bigger net exporter of oil, and we’ll gain from that,” he commented.

Then there is the calories export. “People forget that Ukraine and Russia were essentially the largest exporter of calories in the world,” he explained, with the war blocking those foodstuffs to Central Asia and Northern Africa, to name a couple of regions. “If you’re a farmer in Nebraska, you’re going to plant more of whatever the highest-price stuff is,” he explained. Maybe you aren’t benefitting from it so much right now, but you will benefit, moving forward.”

When it came to real estate, Linneman pointed out that he remains bullish on industrial and multifamily, while giving a shout-out to retail.

Surprisingly, he also felt that office could be a strong contender. The reason? Because it’s slow right now. “It will come back,” he predicted. “And by the way, if I’m wrong, it will not be a good bet.” He also noted that foreign investment will continue putting money into U.S. real estate, despite the stronger dollar. “Would you rather be in Colombia given what’s going on there or Chile?” he said, adding that Mexico, Germany and Venezuela also aren’t very desirable. “Would you rather be there, or in Miami? It’s not so hard to make us more attractive, try as we might not to do that.”

While the topics changed, the main theme of the webcast was patience. Yes, things seem depressing from a short-term perspective. But the interesting thing about the economy and the real estate industry is “we’re in the long-term business,” Linneman said. The U.S. is still in okay shape, despite everything. “We’re not in the business of the next six minutes or the next six days.”

On-demand replays of the July 20, 2022 webcast are available by clicking here and through Walker & Dunlop’s Driven by Insight podcast series.