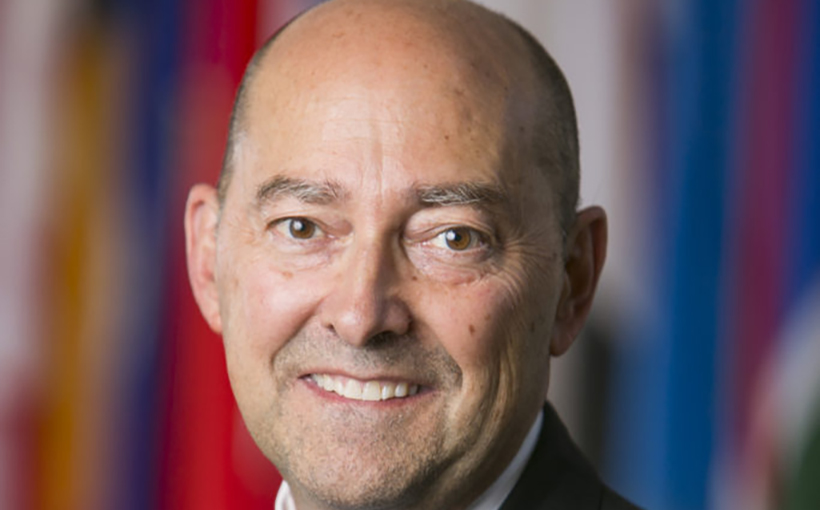 Admiral James Stavridis, United States Navy (Ret), boasts a stellar career. The four-star Admiral was NATO’s 16th Supreme Allied Commander, was Dean of the Fletcher School of Law and Diplomacy at Tufts University and is a widely published offer on topics including leadership, maritime affairs and Latin America. He currently serves as Managing Director and Vice Chairman, Global Affairs of The Carlyle Group.

And as the guest on the Oct. 26, 2022 Walker Webcast, he explained that being in the Pentagon—allegedly the safest place in the world—during the Sept. 11, 2001 attack exerted a huge shift in his thinking. He told Walker & Dunlop Chairman and CEO Willy Walker that he lost many good friends, colleagues and shipmates that day. He also came away with two insights.

First, “your life can change in an instant,” Stavridis commented, referring to his recent book “Called to Risk it All.” “The book is about those moments when we are challenged, and we have to make very hard choices under intense pressure.”

Following 9/11, Stavridis led Deep Blue, an innovation think tank to help the U.S. Navy fight the world on terror. But he acknowledged that change in entrenched organizations doesn’t happen overnight. To succeed in this, “challenge the workforce, and then incentivize and reward those who come forward,” he advised. Also helpful is getting buy-in from the top, as well as developing innovation cells throughout the system. These, he said, should consist of “smart, switched-on people who can energize different parts of the bureaucracy.”

In addition to leadership and organizational strategy, the webcast focused on international issues, including the Ukraine war. Stavridis said that Russia could be close to the negotiation table. Why? Burn rate.

“(Putin) is burning through troops and he’s burning through equipment,” Stavridis said. “Think about this: Putin is on bended keen, going to Tehran and asking for Iranian drones and Iranian long-rate missiles. That’s pretty extraordinary for a military that is supposedly one of the best in the world.”

But Ukraine also has a burn rate, which Stavridis referred to as “the patience and checkbook of the West.” “So the question is, when do both of those burn rates cross like in ‘Ghostbusters?’” he said. “But here you want those streams to cross.” Those “streams” could cross early in 2023, he predicted, adding: “that’s the moment when we could think about negotiation.”

Meanwhile, Stavridis said China is likely not going after Taiwan any time soon. One reason is the risk of war with the United States. Furthermore, “if you put yourself in the shoes of President Xi watching what’s happening in Ukraine, you’re asking yourself several questions,” he said. The questions might center on the effectiveness of the Chinese generals and war equipment, not to mention Taiwan’s potential fighting power.

Then there are the economic repercussions. “Maybe we can’t carpet-bomb the Chinese economy with sanctions,” Stavridis observed. “But we can certainly launch some very precision-guided strikes.”

At one point, Walker asked Stavridis about the latter’s letter jacket surviving the 9/11 Pentagon attack. Compared to the multiple medals the Admiral received during his career, which was more meaningful?

Stavridis acknowledged his pride as a collegiate athlete and that he still enjoys “having a racket in my hands a couple of times a week, even at my advanced age.”

But the medals hold a high place in his heart, and not just because they’re shiny rewards. “I’ve been awarded 50 military decorations; 28 of them are from foreign nations,” he said. “The fact that I’ve been able to engage in the international word to such a degree has been central to who I am.”

On-demand replays of the Oct. 26, 2022 webcast are available by clicking here and through Walker & Dunlop’s Driven by Insight podcast series.