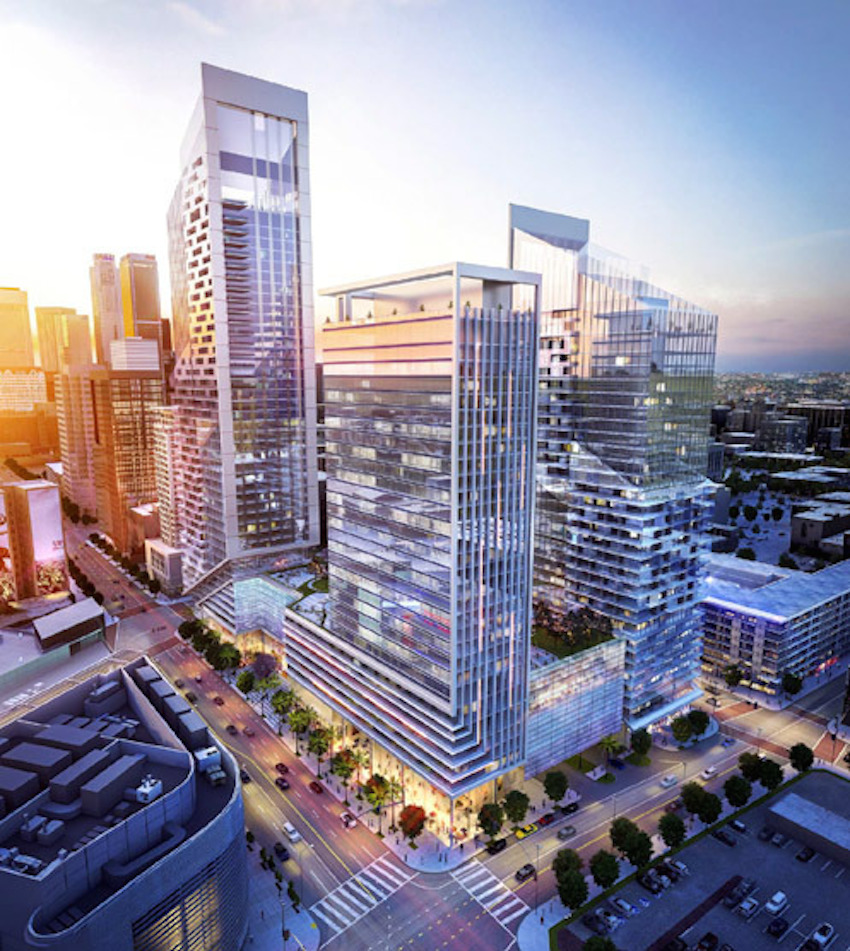 It looks like Downtown Los Angeles is getting a 5-Star W Hotel.

The Starwood-owned chain will open a location in the South Park neighborhood, across from Staples Center and L.A. Live, as part of a massive $700-million mixed-use project being developed by China-based Shenzhen Hazens.

Also planned for this project are 650 upscale condos and 80,000 square feet of retail. There are a total of three towers in the entire scheme, which will encompass almost an entire city block bounded by Figueroa, 11th and Flower streets, as well as Olympic Boulevard, around the historic Petroleum Building.

The W will feature 30 stories and 250 rooms. Construction is scheduled to start in 2017, with completion expected two years later.