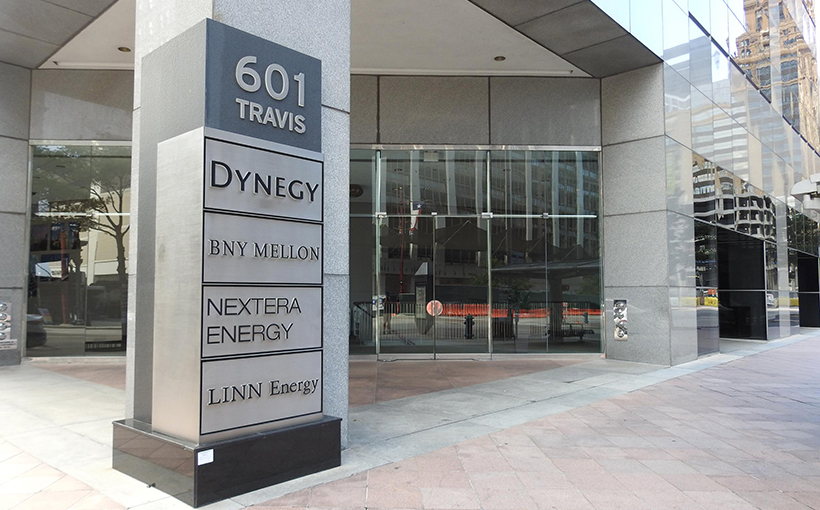 Vistra Energy Corp., TXU Energy’s parent company, announced it would cut more than 300 jobs following its recent merger with Dynegy Inc. in Houston. Dynegy’s Houston headquarters consists of a floor and a half at the 20-story, 407,896-square-foot 601 Travis office building in the CBD. Vistra, based in Irving, TX, hasn’t yet determined when it will leave the building. Texas Tower Ltd. of Houston owns the 35-year-old, Class A office building.

The merger was announced in October 2017 and closed April 9, 2018. The deal created Texas’ largest power producer, and one of the nation’s biggest electricity generators. Employees working at Dynegy’s Houston headquarters were offered the opportunity to relocate to North Texas, but many declined. Employees departing the company will receive severance pay and assistance in finding new jobs.