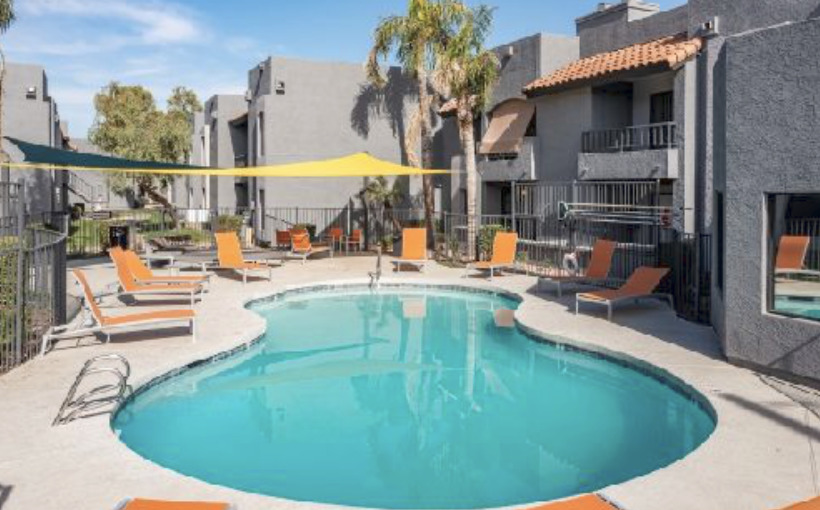 TruAmerica focuses on value-add properties that can be repositioned after performing the required renovations. And that’s exactly what they have planned with the acquisition of the 164-unit Rise on Peoria. The company plans to redo 130 of the units and rename the development Verve.

The 36-year old property (1986) was bought for $45.4 million ($277,000 per unit). Brad Goff, Brett Polachek and Chris Canter of Newmark’s Phoenix office represented both parties in the transaction. The seller was not disclosed.

TruAmerica’s Zack Rivas says the robust multifamily market is due to Phoenix’s rapid growth, “This has led to increasing demand that has not yet kept up with the supply of much needed rental housing throughout Metro Phoenix.” According to the Census Bureau, Phoenix’s 11.2% growth rate was the highest among America’s largest cities.