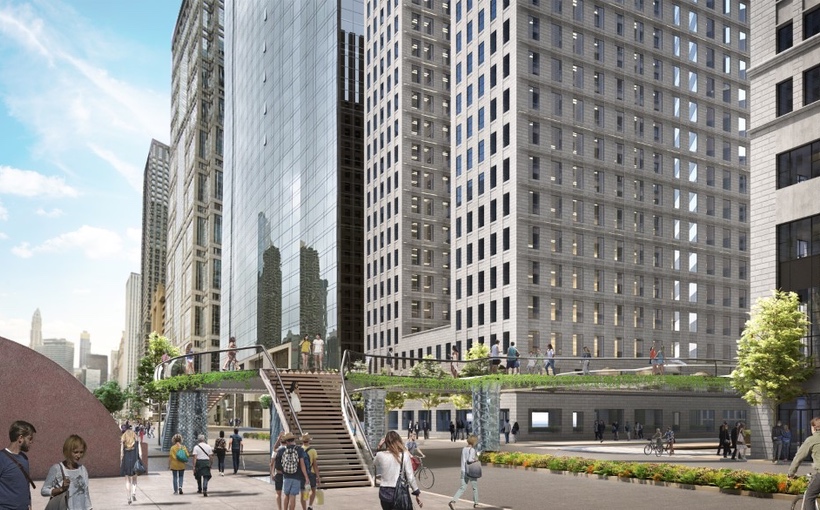 With downtown Loop office vacancies at record levels, the Urban Land Institute is making recommendations for an overhaul of the storied LaSalle Street corridor, home to the Chicago Board of Trade and the Chicago Federal Reserve.

The panel, which presented its findings last night, during a virtual meeting, focused on a stretch of LaSalle between the Chicago River and Jackson Boulevard that has been recognized as Chicago financial district.

But the famous locale is no longer such a big draw as traders, banks and law firms look to take space in the many new towers that dot Chicago’s Loop that have a long list of amenities and advanced technologies.

The area suffers from a 30% vacancy rate as one after another LaSalle street has lost mega leases like Bank of America’s 830K sf office at 135 S LaSalle and BMO Harris Bank leaving 115 S. LaSalle St. Bank of America moved to its namesake tower on Wacker Drive and BMO Harris Bank to a tower at Union Station. Owners of the buildings that the two abandoned just handed the buildings back to lenders, according to Crain’s.

The key recommendation out of the report is that Mayor Lori Lightfoot unfreeze TIF financing for the area that was designated to spruce up outmoded buildings downtown. Lightfoot’s predecessor Rahm Emmanuel made a decision to put the money to other uses in 2015 when the LaSalle Street corridor was booming and had no need of the funds.