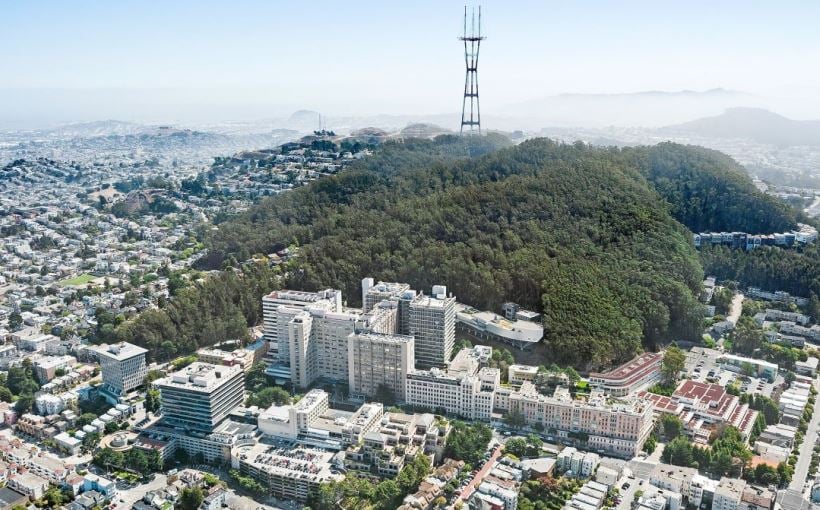 The University of California San Francisco (UCSF) has selected HGA and Snøhetta to design the new research and academic building on its Parnassus Heights campus. The Parnassus Research and Academic Building, known for now as the PRAB, will anchor the west end of the campus and replace UC Hall, UCSF’s oldest building at Parnassus Heights, which was built as the University of California’s first hospital in 1917.

The estimated $700 million project will include the building as well as improvements to Parnassus Avenue, extending Fourth Avenue, creating a new promenade and loading dock, the demolition of UC Hall, and the initial components of an energy center. The center will ensure UCSF can install new infrastructure when energy technology changes down the road.

This is one phase of a comprehensive planning process that is underway for a major renovation and expansion of the campus in the next decade.