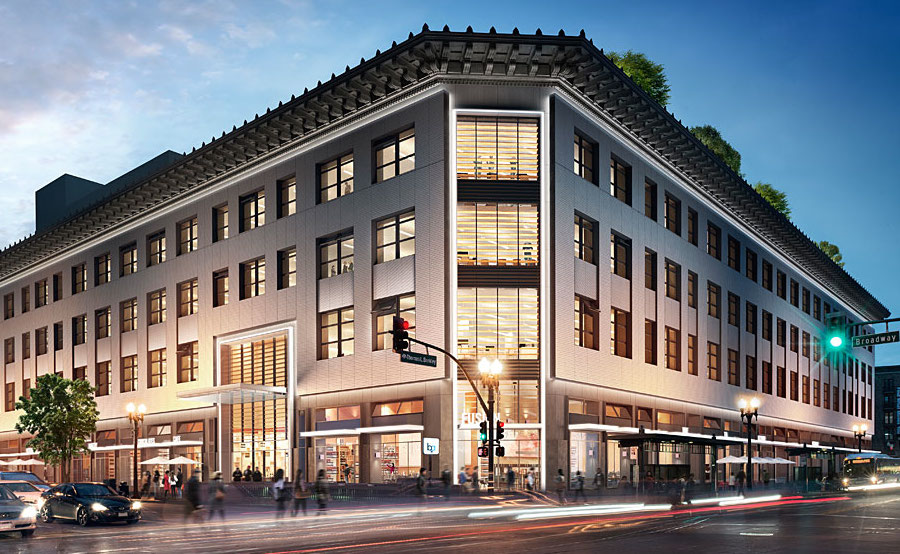 A former Sears department store will be home to the new Uber Oakland office.

Uber, which has about one million square feet of offices either leased or in development around San Francisco, would likely take up all 330,000 square feet in the former Sears, which is in Oakland’s Uptown neighborhood and dubbed Uptown Station.

It is uncertain whether or not the Uber Oakland office would be purchased or leased from the building’s current owner, Lane Partners, which bought the asset last year for $25 million and is orchestrating a $40-million renovation in efforts to attract tech companies.