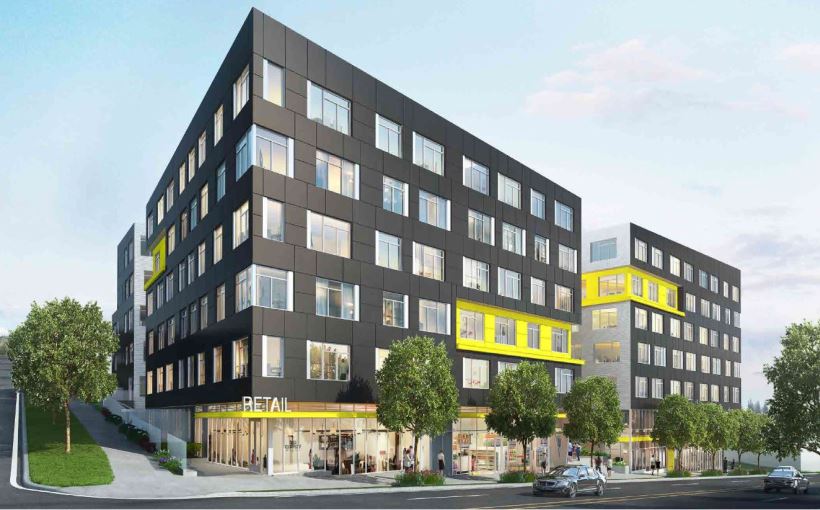 Two Opportunity Zone mixed-use mid-rise apartment projects, one in the Jackson Park neighborhood of Seattle and the other in the City Center District of Lynnwood about 15 miles north of downtown Seattle, are set for development beginning in March and summer 2021, respectively. Developers Hatteras Sky and Trent Development, along with capital partner Cresset Diversified Real Estate Capital, are leading the charge.

Both project schedules align with existing infrastructure improvements, including the Lynnwood Link Extension to the light rail. The 205-unit 622 Rainier Avenue project is located approximately a half-mile from the future Judkins Park light rail station anticipated to open in 2023, bordering the International District, Stadium District, First Hill and downtown Seattle.

The 359-unit Lynnwood is situated in an area of new development that will include a new community plaza and park. In addition, the Lynnwood Transit Center will provide light rail access to the region beginning in 2024.

NorthMarq’s Seattle team of Jake Leibsohn and Ron Peterson arranged $70 million in joint venture equity between the developers and Cresset Diversified. 622 Rainier is designed by Studio 19 Architects and Lynnwood by Clark Barnes Architecture. Blanton Turner will be the property manager.