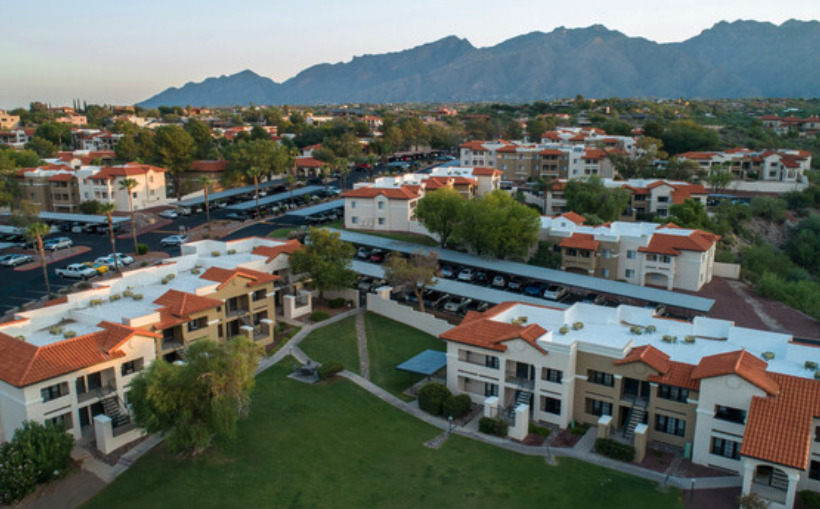 It’s a well known Tucson property, situated on the way up to the affluent Catalina Foothills. Besides its views, it’s also known for being the largest multifamily community in Tucson. The sale brought the highest price ever paid for an apartment complex in Tucson. The 826-unit project sold for $178 million, or $215,496 a unit.

Despite it being built nearly 37 years ago, getting renters was not difficult, “Under previous ownership for over 25 years, the property is supported by the submarket’s 97% vacancy rate and high median income,” said Hamid Panahi, with Institutional Property Advisors, who brokered the deal. Panahi added that the complex had a low rent-to-income ratio compared to other Western metro areas, and a consistently large affordability delta between rent and mortgage payments.

Built in two phases in 1985, the garden-style property has 41 residential buildings along with tennis courts, air-conditioned racquet-ball courts, a pool and covered parking.