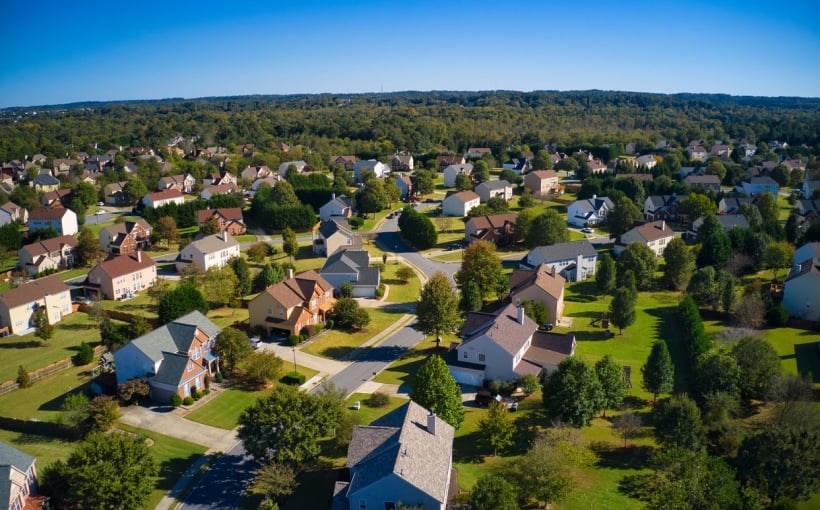 Capital markets veteran Dan Gorzycki heads the recently launched TrueRate Services, an online debt placement marketplace. The platform’s launch coincided with an upsurge of activity in the build-to-rent segment of single-family rentals. Gorzycki shared his insights with Connect CRE on where this demand came from and where it’s going.

Q: Over the past couple of months, build-to-rent has gone from something that began appearing on developers’ radar to a hot subsector of the single-family rental category. What’s behind this ramping-up of momentum?

A: I’d say the genesis of it was in 2009. Blackstone dipped their toe in the water and started buying. People didn’t have the appetite or the down payment to buy a house, and that’s where the concept began.

It’s been slowly building ever since. Even before the pandemic, build-to-rent was big in the Southeast: in the Carolinas, Florida and Georgia. It’s due to a couple of things. One is that this generation is not like the Baby Boomers, where buying a house was priority number one. They want to be flexible, and be able to be in transition, and they don’t want to commit. So renting vs. buying is palatable, even if the math suggests that buying could be cheaper.

The other is that the growth in these areas is so off the charts, in jobs and migration. Now that people can work from home and work from anywhere, why not be in a nice climate like the Southeast vs. a cold climate like the Northeast? Then there’s retirees, who naturally go to the Southeast. It’s the perfect storm of all those factors together.

Q: From the standpoint of economics, how does build-to-rent compare to developing multifamily or for-sale single-family? And what is lenders’ take on the economics?

A: There’s a lot of similarities, whether you’re dealing in garden-style apartments or single-family houses that you’re selling to DR Horton or Pulte or just doing build-to-rent. In the end, the consumer is your customer.

The lenders are feeling very comfortable with this now. When the concept was now, it was a little outside-the-box for them, but now it’s the same comfort that they get from multifamily, in that people have to live somewhere and it’s a proven product now. People will pay sizable rents for new product in a new community, and there’s a lot of comps.

Because of that, build-to-rent is palatable to the people developing it, because they can get great financing at low interest rates. They don’t have to pay the taxes if they’re selling the houses as soon as they complete them, so that’s a consideration. And a lot of these people, in the back of their minds, are trying to accumulate a portfolio large enough that they can roll it up and sell it to either a Blackstone or one of their competitors, who will pay a premium for a portfolio because they can achieve scale. If you can have several thousand units, a lot of the costs associated with managing a portfolio are spread over that many more units, so bigger is better.

Q: Does it look as though the build-to-rent model will continue to have traction for some time to come?

A: It definitely has legs. Clearly, the data show that with both job growth and population growth—in the Southeast in particular, but also the Southwest—there is at least a couple of years of momentum that will continue.

I suppose a contrarian view might be that builders are building it as fast as they can without knowing what the limit is. At some point, there will be a saturation and oversupply of homes. It’s difficult to say when that will be. You can look at DR Horton and Pulte as the canaries in the coal mine, although they’re more sales than rental. They’re still building strong, but when they start pulling back, it’s going to be a sign. And there are other data you can look at, such as mortgage applications, to see when that’s happening.