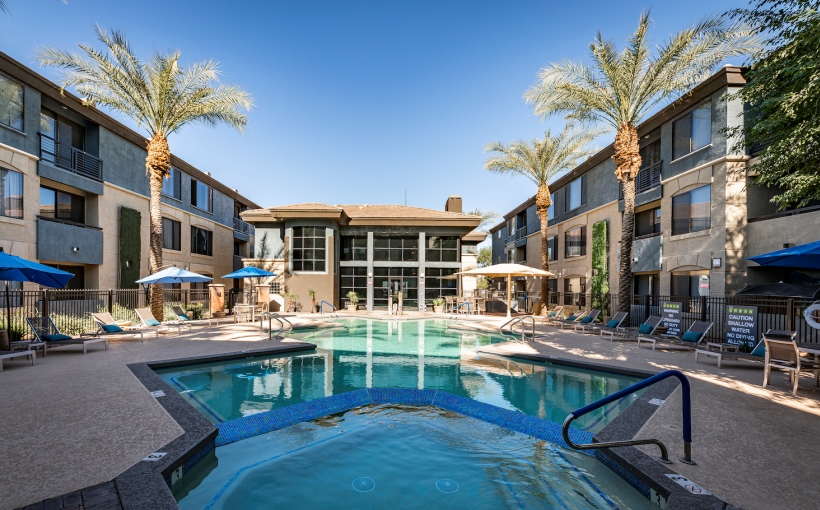 After closing on two garden-style communities in Nashville and Phoenix in separate transactions totaling $196 million, TruAmerica Multifamily has added nearly 1,000 apartment homes to its national multifamily portfolio. And, since entering the Arizona market six years ago, TruAmerica’s portfolio has grown to more than 3,000 units with assets in Phoenix, Tempe, Avondale and Chandler.

TruAmerica continues its push into Arizona with the acquisition of The Urban, a 435-unit multifamily community in Phoenix. This is the second acquisition in Phoenix this year for TruAmerica, after purchasing The Bella, a 200-unit garden-style community in North Phoenix, in January.

Built in 2005, The Urban is located at 3601 East McDowell Rd. within a 6-mile radius of the Valley’s established employment centers, which employ approximately 550,000 workers.

“With a business-friendly environment, an affordable cost of living, diverse economy and abundant job opportunities in nearly every field, Phoenix is the fastest-growing city in the nation,” said Zach Rivas, TruAmerica senior director of acquisitions, who oversees the firm’s investment efforts in the Western U.S. “Numerous corporations have relocated and expanded in the area, driving the in-migration of the Millennial population, which is known for their preference to rent rather than own.”