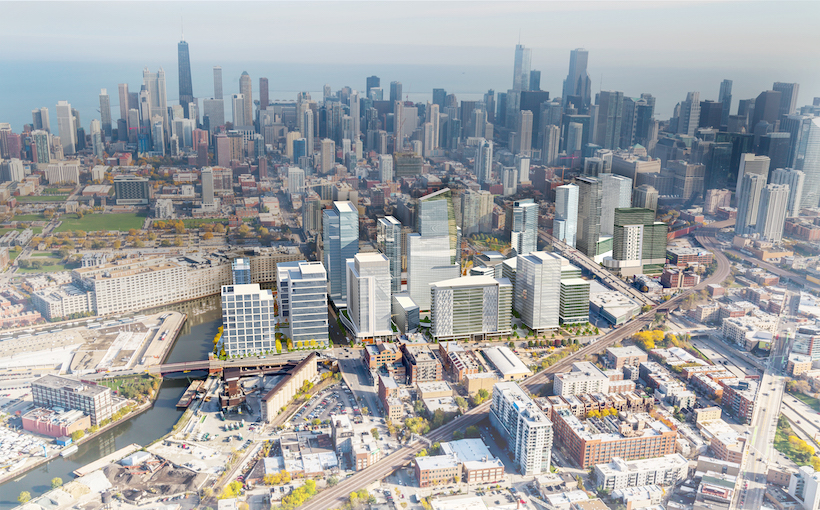 Tribune Media has hired Eastdil Secured to market the 37-acre River West tract it planned to develop in partnership with Riverside Investment & Development. Known as the River District, the project won approval last October from the Chicago Plan Commission.

The Tribune/Riverside plan called for offices, retail and as many as 4,000 apartments to be built. “The River District is a once-in-a generation opportunity to transform 37 acres of underutilized industrial land into a new, world-class urban neighborhood,” Tribune Real Estate’s Murray McQueen said in a statement.

The site runs between Chicago and Grand avenues along the river, and was among those presented to Amazon when the e-commerce giant sent scouts to Chicago on its search for a second headquarters. The site includes the Freedom Center facility, where the Chicago Tribune and other newspapers are printed by Tribune Publishing, which separated from what is now Tribune Media in 2014.