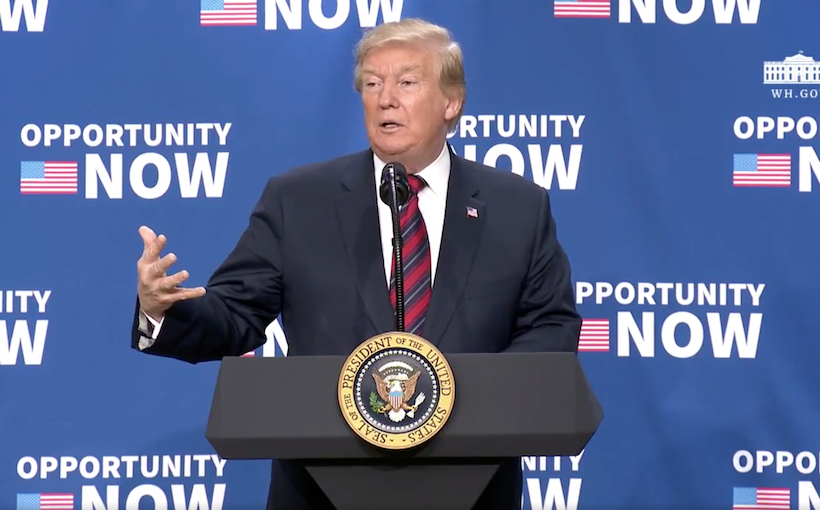 The U.S. Department of the Treasury on Wednesday issued its second set of proposed regulations related to the new Opportunity Zones tax incentive that was created by the 2017 Tax Cuts and Jobs Act. A first set of guidance on Opportunity Zones was released in October, which was largely geared to provide investors with details about how to set up business arrangements in the zones.

The latest guidance on the tax benefit promises to make it easier for funds to ensure compliance with the requirement that a fund has 90% of its assets invested in Opportunity Zones and expands the working capital safe harbors. The proposed regulations also provide clarity on treatment of gains on long-term investments, ownership and operation of the business, and what constitutes Qualified Opportunity Zone Business Property.

President Trump called the Opportunity Zone program “a crucial part of our new tax law to help low-income Americans” by providing “businesses a massive incentive to invest and create jobs in our nation’s most underserved communities.”

He went on to say, “Across the country, our tax cuts have kicked off a race to invest in Opportunity Zones beyond anything that anybody in this room even thought. In counties with heavy concentration of Opportunity Zones, wages have risen by now — it seems that we were talking about 8%, but it looks like it’s going to be a much higher number than that.

Key parts of the latest guidance indicate that a fund doesn’t have to take assets into account for purposes of the requirement unless the assets have been in the fund for at least six months. Additionally, Treasury officials say, if a fund sells an asset, it has up to 12 months to reinvest in a new appropriate investment.

Another update proposed pertains to individuals and businesses that invest in opportunity funds. Someone could invest by either directly investing in the fund or by purchasing an interest in the fund from an existing investor.

Another clarification pertains to the length of time required. The rules provide that if an investor has held an investment in an Opportunity Zone fund for at least 10 years and the fund sells an asset, the gain from the sale of the asset is tax-free to the investor, according to Treasury officials.

The Treasury is seeking comments about how to best measure the economic impact taking place in the Opportunity Zones.

President Trump concluded his remarks saying, “At the heart of Opportunity Zones is a belief that every American community is worth cherishing, protecting, and renewing. From rural towns to inner cities, we want to build new schools and factories, new roads and bridges, new hospitals and parks. And that’s what’s happening all over. We want to see loving homes, safe neighborhoods, and a gleaming Main Street. And above all, we want every family to have the opportunity to live their great American Dream.”