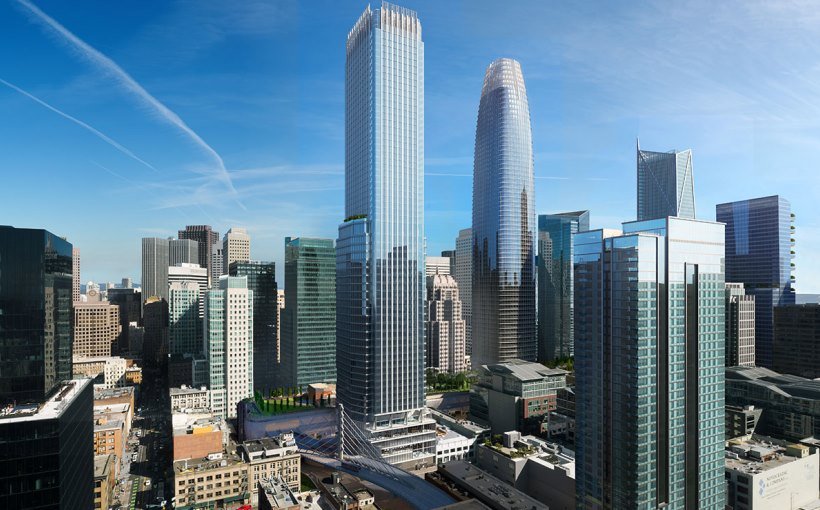 In one of the largest bets on San Francisco’s recovery, Hines’ Parcel F project is moving forward despite Salesforce’s recent decision to forgo its lease commitment there. Earlier this week, San Francisco supervisors ended the four-year debate and approved the 806-foot tower that will be the city’s fourth-tallest building.

Parcel F is located mid-block between First, Second, Howard and Natoma streets at 542-550 Howard St., adjacent to the Salesforce Transit Center (STC) and the bus ramp connecting the transit center to the Bay Bridge. Parcel F is one of only three projects currently allowed to connect directly to STC’s 5.4-acre rooftop park via a planned pedestrian sky bridge.

Hines COO Cameron Falconer said during the hearing that the firm will seek to raise $1 billion from lenders United Overseas Bank and JPMorgan Chase with a goal of starting construction this year.