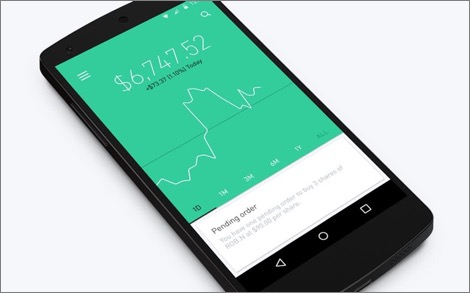 Trading Apps? There’s an Office Space for That

We’ve heard a great deal about the mushrooming popularity of e-commerce and Zoom calls as the pandemic forced people to live, work and play in a remote environment. Less remarked upon, but no less dramatic in their growth trajectory, are mobile apps. Downloads reached a record 218 billion globally in 2020, a 7% increase year over year.

One such app category—food delivery apps—especially flourished during the pandemic, “since so few people were dining out or even going to the grocery store due to occupancy limits and health concerns,” writes senior analyst, research Sandy Romero at Cushman & Wakefield. Trading apps—those for trading stocks or cryptocurrency—also saw a surge last year.

Like the rise of e-commerce, the volume of app downloads has clear implications for commercial real estate. “Waves of app adoption have in the past resulted in substantial absorption of CRE space, particularly in the office and data center sectors,” writes Romero. Uber, for example, increased its office portfolio from around 30,000 square feet in 2012 o nearly 4.4 million square feet at year-end 2020.

“As app trading companies carve a niche that had been untapped by financial institutions, their need for CRE space will increase,” she writes.

Revenue and venture capital funding growth has already translated into office space absorption in some markets. Robinhood, one of the main app trading players, has offices in the Bay Area; Lake Mary, FL; Denver; and London, in addition to its Menlo Park headquarters. It is also looking to open its first office in New York City, seeking approximately 60,000 square feet. Robinhood also plans to add hundreds of new jobs as it expands in Texas and Arizona.

A newer player to the app trading movement, WeBull, has only one office location, on Wall Street. Four years after entering the market, WeBull has more than 11 million registered users. Romero sees the company as a prime candidate for expansion into other markets. Another major player, Coinbase, recently went public and expanded its office footprint into Manhattan, signing a 30,000-square-foot sublease at 55 Hudson Yards5.

The recent shift from on-premises data centers to large-scale cloud services has proved useful for many application developers, as these platforms offer the ability to scale computing power based on need, according to Romero. Flexibility is key, because demand for workloads can be difficult to predict, particularly when launching new products or during times of financial volatility.

“Each company is thus required to make an initial choice and then adjust as usage indicates,” Romero writes. “Does the product get developed cloud-native (i.e., on a major platform from the beginning?); begin in a private data center or colocation environment and then shift (potentially saving cost during the development cycle)?; or get created in a hybrid environment (a mix of all options) from the start?”

For its part, Robinhood went the cloud-native route, utilizing Amazon Web Services since the beginning of its application, citing the standard development and analytics tools available on the platform. “These tools enabled the trading application to grow quickly with less staff than might be expected, keeping client fees minimal,” Romero writes.