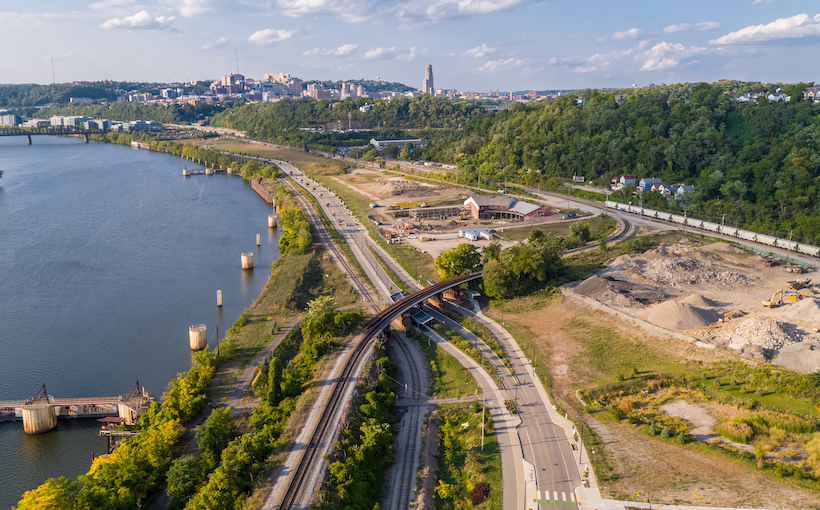 In one the nation’s largest urban redevelopment efforts ever, global developer Tishman Speyer has been chosen as master developer for a massive, 178 acre brownfield redevelopment that is expected to transform Pittsburgh’s urban landscape, as well as possibly emerge as a development model for attracting the most innovative companies of the future.

Pittsburgh is no stranger to successful urban redevelopment, having reinvented itself from a rust belt steel mill dependent economy into a city with a diversified economic base that is regularly listed as one of the top cities in the nation in which to live.

Tishman Speyer will work with the Almono Limited Partnership, owners of Hazelwood Green, a joint venture of the Richard King Mellon Foundation, The Heinz Endowments and the Claude Worthington Benedum Foundation to convert the historic former steel-mill site, a symbol of Pittsburgh’s industrial past, into a hub of innovation, science and sustainability that honors the community’s history.

Tishman Speyer and Almono will create the infrastructure and environments to support exploration and advances in robotics, A.I., life sciences and other 21st century fields, the two assert.

“Pittsburgh has long been a global model for urban reinvention, thanks in large part to the support of its bedrock local institutions, including Mellon, Heinz, and Benedum,” said Tishman Speyer President and CEO Rob Speyer. “We look forward to delivering on a shared vision for Hazelwood Green as a sustainable, equitable hub of innovation, discovery and community.”

Tishman Speyer is no stranger to large, transformational urban redevelopment. The company is currently working with the San Francisco Giants on the creation of Mission Rock, a new, 28-acre mixed-use development on the Bay Area waterfront and was selected by Harvard Allston Land Company to develop the forthcoming Enterprise Research Campus across 14 acres in the Boston region.

Other major mixed-use collaborations include Tailgate City in San Diego, The Springs in Shanghai and the redevelopment of the Chang-An Steel Mill in Beijing. Tishman Speyer is also regarded for its redevelopment and ongoing stewardship of Rockefeller Center in New York City.