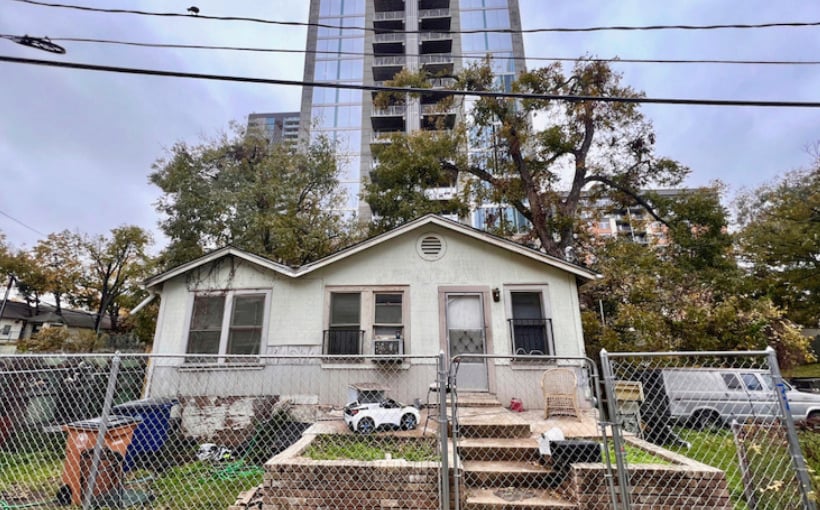 Rainey Street has seen enormous growth in the past twenty years. Residential towers, one after the other, some 50 stories high, dominate the landscape of one of Austin’s top addresses. The days of finding land are almost over. But if you look close enough, you’ll see the last holdout. The asking price? $10 million.

Located at 701 River Street the property is “a .0776 acre corner lot which boasts a sought-after position in the prominent Rainey Street District,” as the Zillow listing notes. The house itself, built in 1945, is a 940 square-foot — just $10,638 per square foot — one-bed, one-bathroom that is surely going to be torn down by whomever comes up with the $10 million. “This is a unique investment opportunity to be sold AS-IS.” Zoning, which allows for building high-rises on the spot, was approved in 2005. The report states the bungalow sits on a 3,375-square-foot lot. The house has been most recently appraised at $353,000.