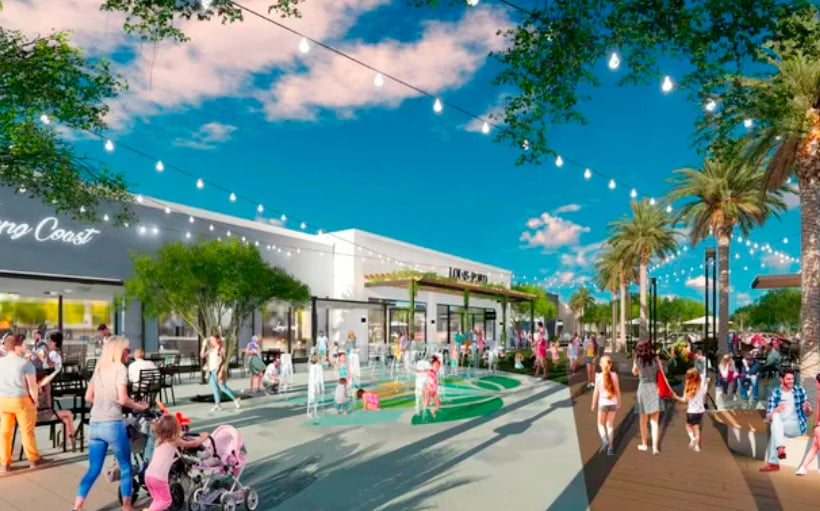 Thompson Thrift began of construction on the 12-acre commercial portion of a mixed-use development in the Phoenix suburb of Glendale. Thompson Thrift expects the first tenants to open their doors later this year.

Located at the southwest corner of Loop 101 and Northern Avenue, the commercial piece sits on the northern half of a 24-acre parcel and will include a number of well known retailers and a 122-room hotel. Ridgehouse Capital has plans to build approximately 300 market-rate apartment homes on the southern half of the property.

The site is directly across from the Park West shopping center, and is close to Glendale’s Sports and Entertainment District that includes State Farm Stadium, home of the Arizona Cardinals; the 18,000-seat Desert Diamond Arena; and Topgolf Glendale. The city will host its third Super Bowl next month and its second NCAA Final Four championship series in 2024.