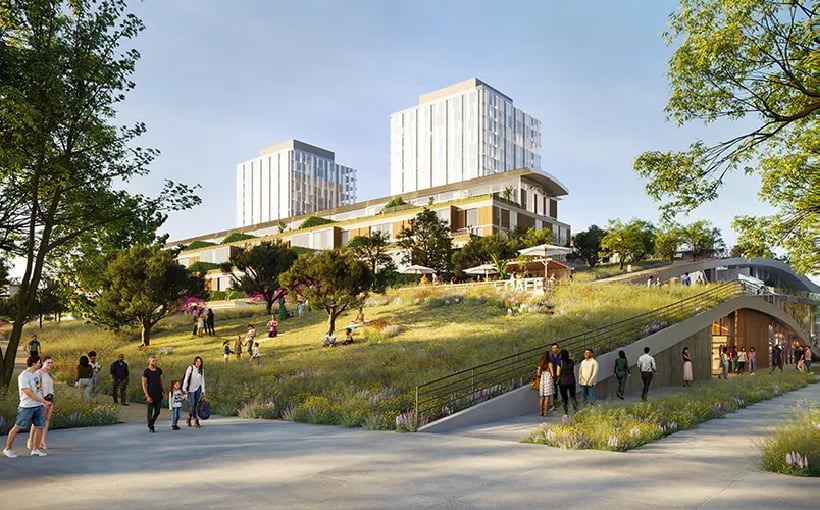 ‘The Rise’ Development in Cupertino Looks to Set a New Standard

Sand Hill Property Company is launching a large, new development in Cupertino that nearly matches the city’s reputation as a tech hub and the home of Apple Inc.

Known as The Rise, it has outsized amenities, and features – as defined in a news release – including:

Sand Hill Property worked with the local community over the past seven years to receive inputs as they planned-out the 21st-century approach to a new development. Those seven years spanned initial approval and a subsequent three years of refinements.

Of particular note is how The Rise, and Sand Hill, are approaching the dearth of affordable housing in California. From the release (emphasis ours):

The Rise will include more than 2,400 homes, half of which are affordable at varying below market rates, representing more than half of Cupertino’s housing planning obligation to the state for the next eight years. By law, only 890 affordable units are required for the project, but with The Rise, Sand Hill Property Company is volunteering an additional 361 affordable units.

Want a peek at The Rise? Part of that community outreach includes a website that launched when Sand Hill shared the news of the project getting underway.