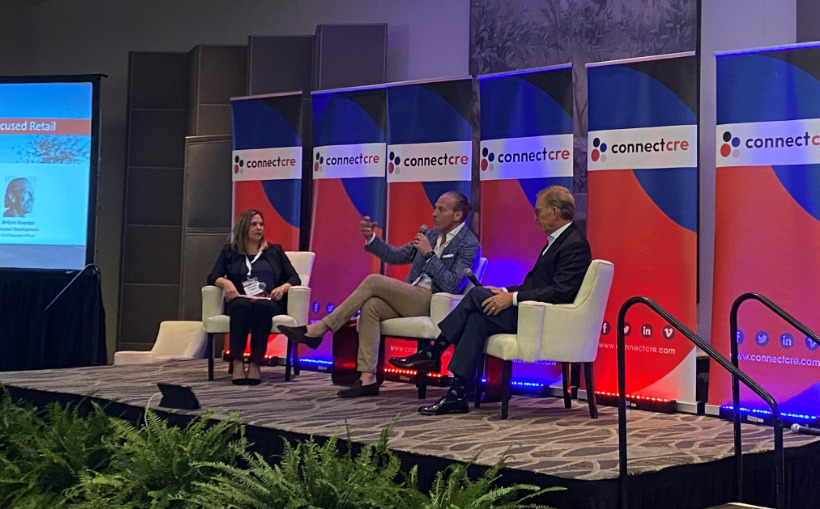 The Hispanic Retail Market Can No Longer Be Ignored

The Hispanic retail market was a topic for a panel discussion at Connect Retail West 2022, a one-day conference at the Luxe Sunset Boulevard Hotel in Los Angeles, Wednesday, November 9. The panel, which was moderated by Michelle R. Lagos, an associate at Allen Matkins, Arturo Sneider, CEO of Primestor Development and Carl Middleton, president of Northgate Gonzalez Real Estate, discussed neighborhood and Hispanic retail.

“The Latino market is the fastest growing population sector with an average market population of 2.8% a year, opposed to the rest of the country, which is growing at about 1%. So, if you’re not in the Latino market one way or another you’re basically missing out on the future of America one way or another,” said Sneider, whose focus of his business is hospitality and entertainment.

Indeed, Middleton, from Northgate Market, which has 39 locations in Southern California, said the Hispanic population over the next several decades would look very similar to the assimilation from Western Europe and Ireland. “The Hispanic population is showing a very robust growth and is an upwardly dynamic population. They are finding their way in variety of important areas of leadership, entrepreneurial education and in the in the political arena,” said Middleton, who noted that there are three groups within the Hispanic population that are targeted: The core shopper, which is made up of immigrants from Mexico or Central America predominantly, and their U.S.-born children who make up the second group. The third group, Middleton said is called the food explorer, those who are non-Hispanic but have a love of the cuisine.

While data and analytics on the Hispanic market were lacking in the early years, Sneider said that is no longer the case. “When we first started developing these communities the data and analysis was not there. But now, we are getting to the point where we can track the market and determine the best location for a center and what are the best locations.

With the data, what remains is one key component: know the community and market you are in. You must if you want to survive in this market.

“I like to think of us as more activist. We are a developer that focuses on local economic development so our brand is all about economics along with homeownership and political participation of the community,” Sneider said. “Our end goal centers around the community and finding great partners.”