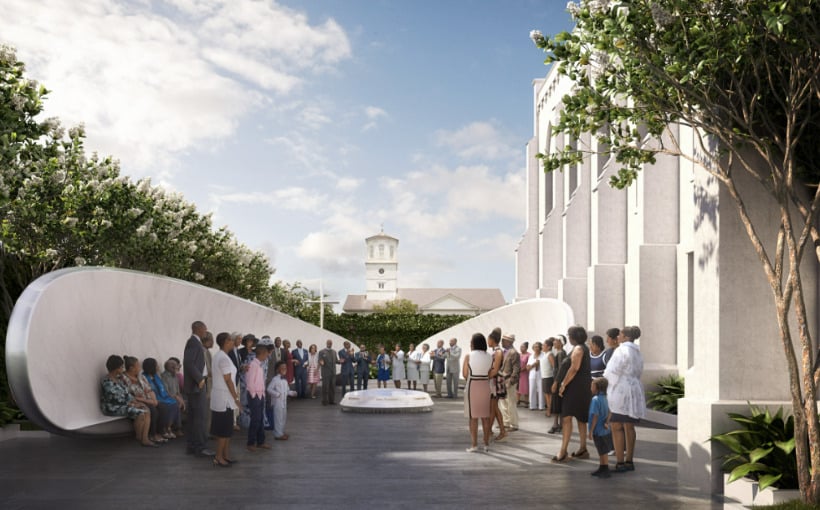 Charleston, SC-based The Beach Company, along with its owners, the Darby and Way families, have pledged $1 million to the Emanuel Nine Memorial. The permanent memorial is expected to break ground in early 2023 and will honor the victims and survivors of the racially motivated mass murder that took place in 2015 in downtown Charleston at Mother Emanuel AME Church.

The tragedy occurred just blocks from the corporate office of The Beach Company, which immediately offers its support. In the seven years since, owners and team members at The Beach Company have dedicated countless hours and resources, both personally and on behalf of the company, to create a memorial. John Darby, The Beach Company’s president and CEO, now serves as co-chair of Mother Emanuel Memorial Foundation

The memorial will be located on the grounds of the Mother Emanuel AME Church and will feature a courtyard with two fellowship benches, facing each other with high backs that arc up and around like sheltering wings. At the center of the courtyard, the curves of the benches will encircle a marble fountain where the names of the Emanuel Nine are carved around the fountain’s edge. Water will emanate from a cross-shaped source, filling the basin and gently spilling over the names of the nine lives lost.

The memorial will also include a survivors’ garden, which will be accessed by a pathway from the courtyard. The garden will be surrounded by five trees and six stone benches that symbolize the five individual survivors and recognize the church as a survivor as well.