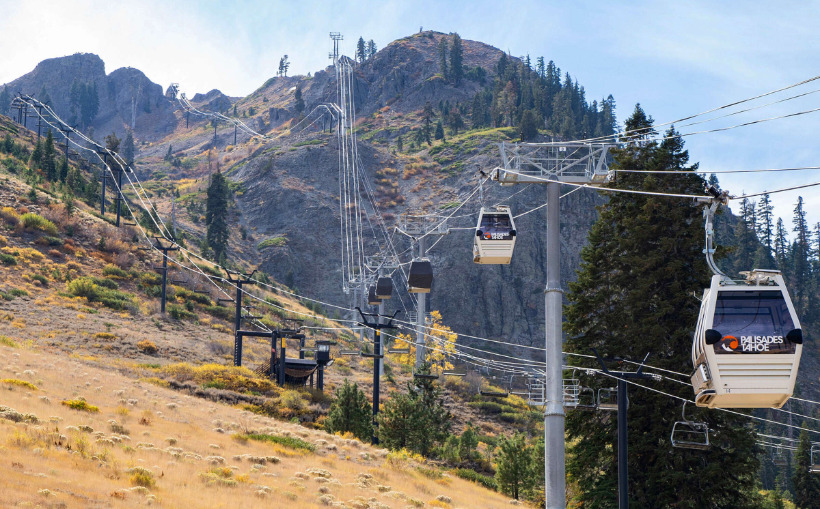 Palisades Ski Resort and Alpine Meadows Ski Resort in the Lake Tahoe area are now one giant MegaResort, thanks to the opening of the base-to-base gondola between the neighboring ski areas. The two resorts, owned by Colorado’s Alterra Mountain Company, have become the second largest single ski destination in the country.

Thanks to the massive amount of snow in the last couple of weeks and technical issues, the gondola operation has been hit and miss. The grand opening on December 17th was operated as two separate lifts while crews were still working out the kinks, and then shut down again. That has been followed by a ridiculous amount of snow which has slowed everything down in the region.

The $65 million gondola has also had its share of controversy as conservationists have pushed-back on the 2.4 mile, 16-minute ride over beautiful landscapes with Tahoe views, nonetheless, skiers are now able to enjoy 6,000-acres of terrain with one lift ticket at either mountain.