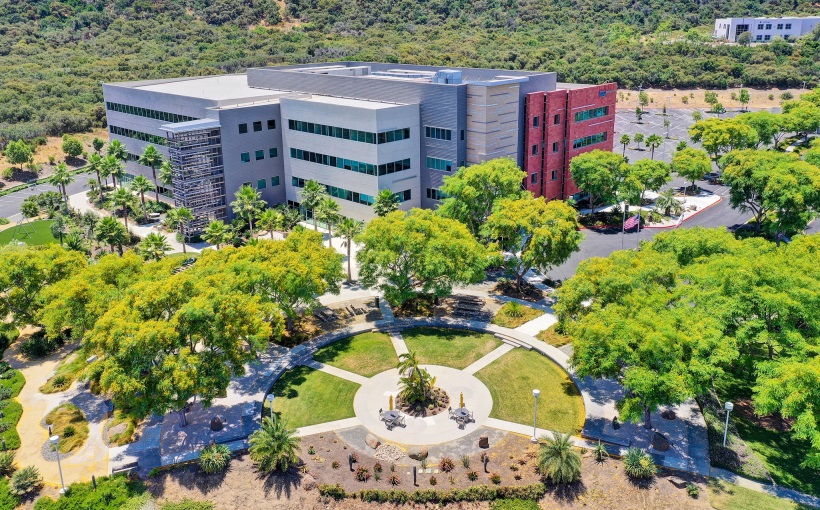 Summit Pointe, a 146,626-square-foot creative corporate office campus situated on 20.95 gross acres at 10641 Scripps Summit Ct., was completely repositioned in 2018. It was recently acquired by an undisclosed partnership for $68.35 million, with nearly 70 percent of its space leased to a single tenant at the time of sale. The existing four-story building was originally developed in 2000.

The property is entitled for the development of approximately 175,000 square feet of additional office space. The existing building is situated on an 11.46-acre parcel and the future development site is on a 9.49-acre parcel.

The seller was Carlsbad-based Newport National Corporation, which was represented by Rick Reeder and Brad Tecca with Cushman & Wakefield in San Diego. Leasing advisory was performed by Jay Alexander and Tim Olson of JLL and Chris Williams of CBRE. The buyer was self-represented.

“This was an attractive value-add investment offering of an adaptive re-use of a traditional corporate office building set alongside San Diego’s I-15 Corridor,” said Tecca. “Furthermore, the site presents the unique opportunity for the potential development for additional substantial class-A office space to help cater to the future demand from users in key growth industries in San Diego. The totality of the improvements made by Newport National were purposely designed and positioned to support the expansion capabilities of Summit Pointe Phase II.”

“Currently serving as the corporate headquarters of a major communications/technology company, the offering provided an investor with long-term limited risk,” says Reeder. “The impactful expansion through new development capability is crucial in the ongoing ability to attract and retain world-class tenants which continuously seek quality building environments.”