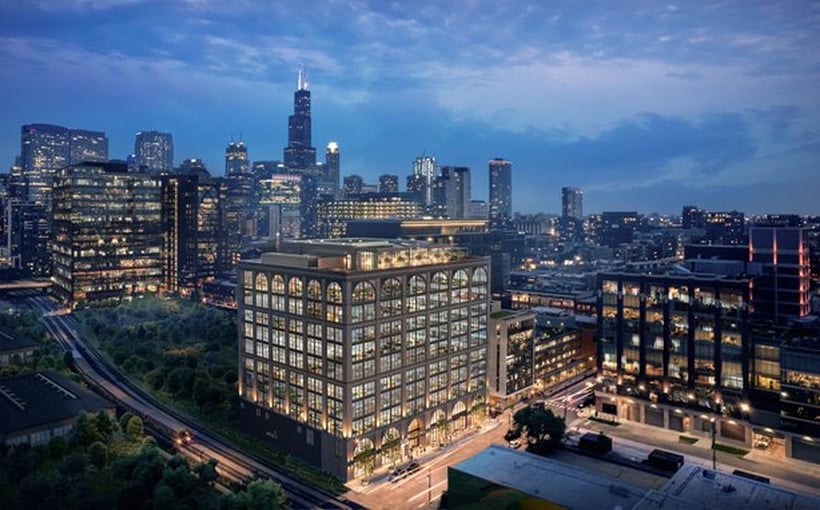 Sterling Bay has scored a construction loan for a nearly $120-million office building in the Fulton Market District, Crain’s Chicago Business reported. The project comes as the trendy corridor dramatically outperforms the rest of the pandemic-hampered downtown office market.

The company closed on a debt package totaling roughly $100 million to begin work on its 11-story office building at 345 N. Morgan St., a Sterling Bay spokeswoman told Crain’s. The developer is holding a ceremonial ground-breaking on Wednesday for the 200,000-square-foot project immediately north of the Ace Hotel and nearby Google’s Midwest headquarters.

Senior financing came from Bank OZK, which had previously put up financing on a $250-million hotel and office tower Sterling Bay is building at 300 N. Michigan Ave. Mezzanine financing came from Pacific Coast Capital Partners. It’s not clear how much either loan is valued at.