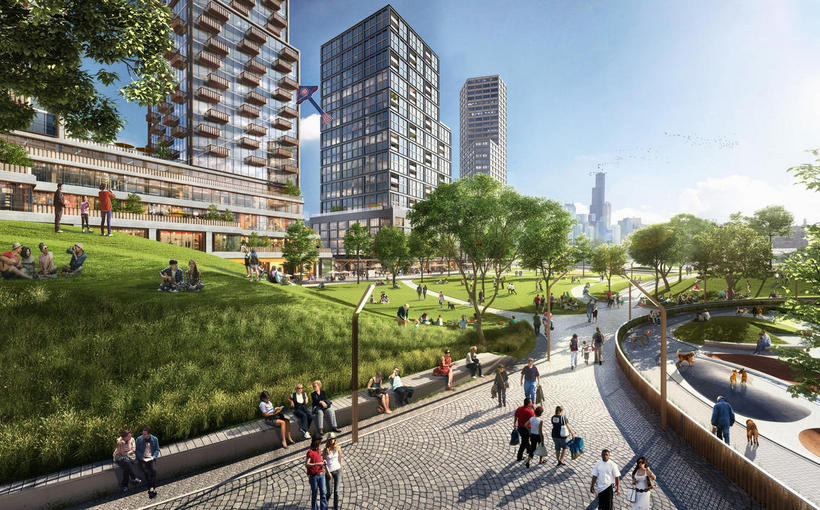 Sterling Bay would develop the apartment building in a JV with Dallas-based Lone Star Funds, one of its partners in the Lincoln Yards project. The building would be more horizontal than vertical, stretching across a long, thin lot directly across the street from Lincoln Yards, according to the zoning application.

The property is just outside the boundary of Lincoln Yards, a collection of office, residential and lab buildings planned along the North Branch of the Chicago River west of Lincoln Park. It’s also just south of a site where Sterling Bay wants to construct a nine-story apartment building that would be the city’s tallest mass-timber structure constructed since the Great Chicago Fire.