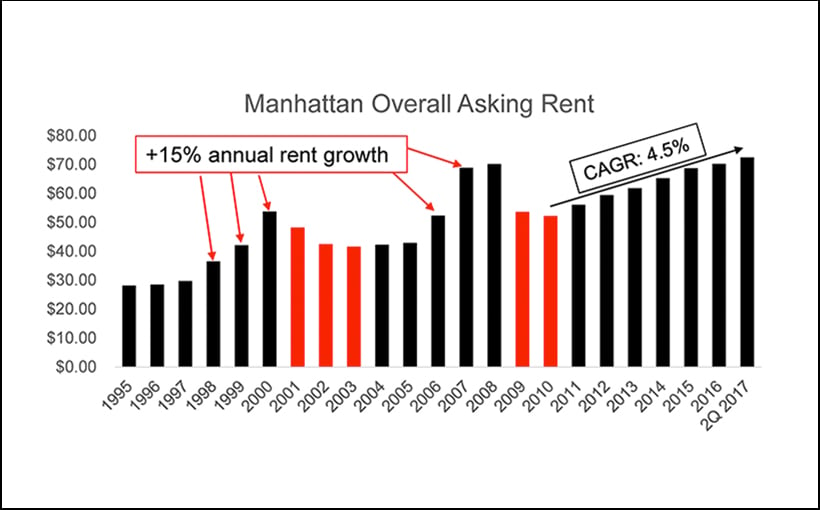 The market for office space Manhattan is not acting like a boom market about to crash.

“A sharp decline in the next downturn is unlikely,” according to the latest research and analysis from Jones Lang LaSalle. “There is always, eventually, a next economic downturn — but the growth in office rents has simply not sped up enough so far to crash very hard.”

Also, rents for office space in Manhattan grew in 18 of the last 23 years. That’s an indication that any possible decline in rents would be short lived, according to JLL.